Announced moments ago, Microsoft did something few others have come close to doing, topping the features of the iPhone 5s’ most unique features. Windows Phone 8.1’s Cortana personal assistant isn’t better than Apple’s Siri in a lot of different ways. It just completely out matches Siri in two key ways.

What makes Cortana a much better voice assistant than Siri is simple to understand. The iPhone’s personal assistant doesn’t allow individual apps to add functionality. As such, users are left at the mercy of what Apple enables. Today, iPhone users can ask to open a third-party app but can’t actually perform tasks in it. It’s a strange omission, especially considering that it was actually third-party app makers delivering new experiences that made the iPhone such a run-away success. 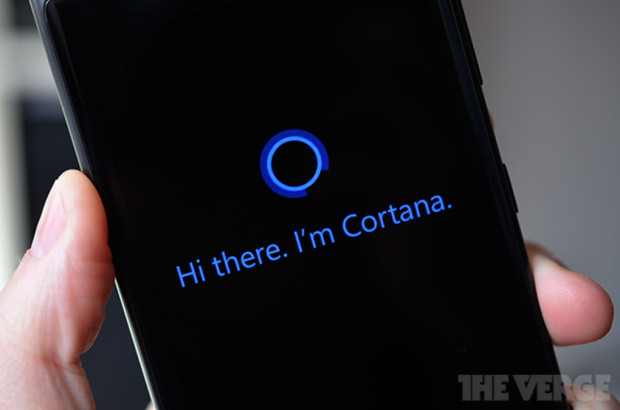 Cortana doesn’t share that limitation. Developers can create apps that directly interact with Cortana, allowing it to gain new capabilities overtime. That’s a big difference, one that Microsoft hopes developers will capitalize on big time.

Like Android’s Google Now service, Cortana learns about users and stores this information in its notebook. For example, Cortana will learn where you live and where you work and then surface relevant traffic information about your commute. Users can set their interests including a trip planner, and restaurant recommendations in Cortana’s settings. Siri does this for traffic but not all the information that might be relevant. For example, Cortana asks users for permission to store information like plane tickets and the people they care about. It then keeps track of that information. During today’s keynote Cortana automatically formulated a list of people the presenter cared about and then. It’ll then let calls from those people through, even when Windows Phone has been set to silence notifications.

There are some similarities between the two. Like Siri, users can ask Cortana for information like they’re having conversation. For example, asking Cortana “Where the closest Post Office is,” will immediately get you the location closest to you at that moment. Voice reminders are also integrated into Cortana as well. In fact, Cortana is completely integrated into the entire Windows Phone 8.1 experience. Placing phone calls, sending text messages, creating notes, setting alarms, and playing music are all actions that users can order Windows Phone to do with their voice. Cortana will even identify songs.

Windows Phone 8.1 also includes a few other key features in addition to Cortana. Action Center is an all-in-one Control-Center like interface that allows users to quickly adjust the settings and look at all their incoming notifications.