In a majority 2 to 1 decision handed down by the U.S. Fifth Circuit Court of Appeals in Texas, law enforcement got the green light to be able to access your phone’s location information without a search warrant. What police and other officials need is a simple court order, which is issued with a lower standard than the traditional search warrant.

“Authorities only need a court order and not a more stringent search warrant to obtain cellphone records that can be used to track a person’s movements, a federal appeals court ruled on Tuesday,” the Associated Press reported.

The Fifth Circuit overturned an earlier Houston federal judge ruling. Under that overturned ruling, that judge says that cellphone data is protected and could only be obtained by officials with a search warrant.

The effect is that law enforcement officials now only need a court order. To get that court order, they just need to demonstrate that there are reasonable grounds to believe that this information that they are seeking will aid them in their investigation. The legal standard here is much lower than if they were to have to seek a full search warrant.

Still the constitutionality of how cellphone data is obtained is still being hotly debated with varying courts split on the decision. New Jersey’s Supreme Court ruled that a warrant is required.

Maine and Montana also required a warrant to be obtained to get location information from a person’s phone. The beauty of this means that when you get stopped or detained by a police officer, if you’ve turned off your phone’s location services, your phone shouldn’t be able to snitch on you. Still, if law enforcement turns to your carrier for the same information, your mileage may vary depending on the provider you have and the state where you live.

For users who are concerned about privacy rights when using a smartphone, you can turn off select location services on your phone so that your device would be a little more cloaked. However, do keep in mind that there are other ways that authorities can still access location information by seeking this information from your cell phone service provider, rather than directly off your device. In any case, on Android, you’ll need to go to your device’s system settings menu. Tap on Location Services and then you can toggle what location services to enable or disable. 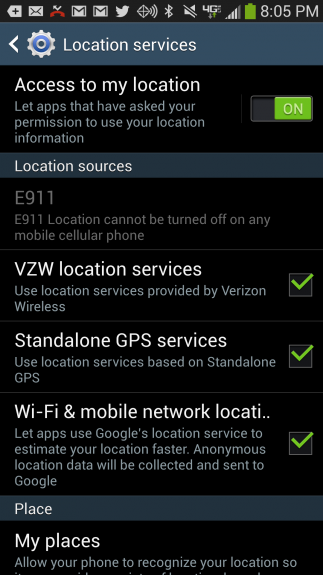 On iOS, users can prevent apps from accessing location data by going into Settings, then Privacy, and then you can toggle which apps have privilege to location data. 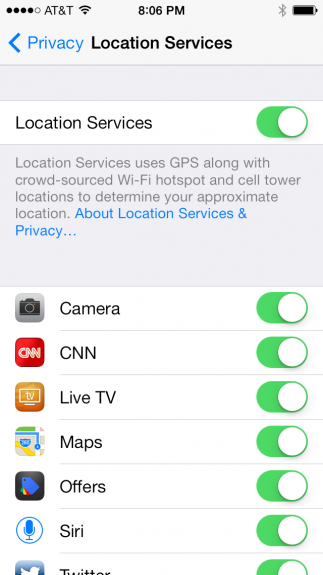 Even though you may not be using GPS features, like Google Maps or GPS navigation, you can still disclose your location information through casual acts like taking a picture. If you allow your camera to have and store geolocation data with your captured images, you can give away where you’ve been with the images you’ve captured. In iOS, you can turn this off under the Location Services in the Privacy menu while on Android, you can toggle this inside your Camera app’s settings. 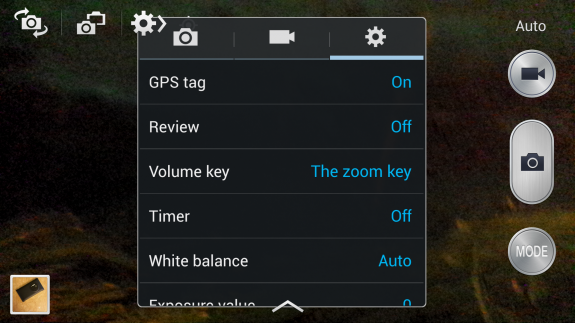 If law enforcements turn instead to your cellphone provider, there isn’t much that you can do to conceal your location. Then again, in light of a security state with PRISM, you really shouldn’t be hiding any aspect of your life really.