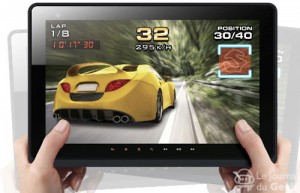 ody wants some skin in the Tablet/Slate game. Or rather everybody wants to compete for your Tablet/Slate dollars. Creative is getting into the game with a 7 inch and 10 inch Tablet/Slate called the Ziio. Announced in London, the Ziio, features support for lots of music formats (that’s not a surprise from Creative) Android 2.1 (late to the party) and resistive touch screens (ouch.)