Whether you’re currently on Cricket Wireless or AT&T, or on a completely different carrier looking to change things up, here’s what you should know about Cricket Wireless vs AT&T, and figure out which carrier is right for you.

One tough question that many users ask themselves when choosing a new carrier is whether or not they should stick with one of the larger carriers or go with a smaller carrier that has cheaper prices, but less features.

Most smaller carriers are called MVNO carriers, or Mobile Virtual Network Operator carriers. These carriers don’t have their own network infrastructure and instead they essentially rent the infrastructure from companies that do have their own network, like AT&T and Verizon. So you could be on a carrier besides Verizon but still use the same network.

Read: Cricket Wireless: 10 Things to Know Before You Sign Up

One popular MVNO carrier is Cricket Wireless, which uses AT&T’s network, so if you’re considering joining AT&T, you might also want to check out Cricket.

However, if Cricket and AT&T use the same cell towers and have the same network, what makes them different? Here’s what you need to know about the two carriers and which one is right for you.

If you didn’t know, not only is Cricket a MVNO of AT&T, but AT&T actually owns Cricket, and the smaller carrier uses AT&T’s cell towers, so you’ll get the same coverage on either carrier, but what’s different about the two?

It mostly comes down to device and plan selection, cost, various features, and data speeds.

First off, perhaps the most important thing to know is that data speeds are actually throttled on Cricket, where it maxes out at 8Mbps, whereas on AT&T you can easily get into the double-digits without a problem in most urban areas. This probably isn’t a huge deal for casual users, but for those who want the fastest speeds possible, it might matter a little.

Cricket’s plans are dead simple and really easy to follow, so you won’t get confused when shopping for the right plan for you. Cricket has three plans that you can choose from, all of which come with unlimited talk and text:

Keep in mind that the Basic plan doesn’t include international coverage, so if you plan on traveling outside of the States, then you may want to jump to at least the Smart plan. 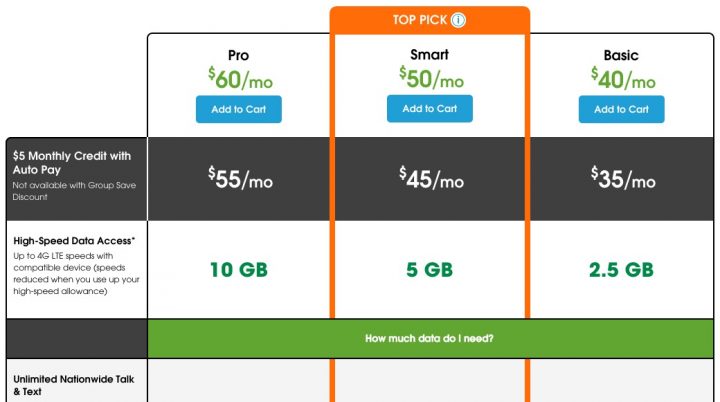 Furthermore, If you enable auto-pay, Cricket will knock $5 off your monthly bill, and you’ll only pay $35 per month for your plan for the cheapest plan, which isn’t a bad price at all. However, you will have to pay full price for your smartphone up front, or if you already have an unlocked smartphone, you can use that as well.

AT&T, as with any large carrier, has a handful of plans to choose from, but they’re a bit confusing to understand at first. It’s most popular option is the Mobile Share Value plan, which gives you a pool of data that you share with whoever else is included in the plan. 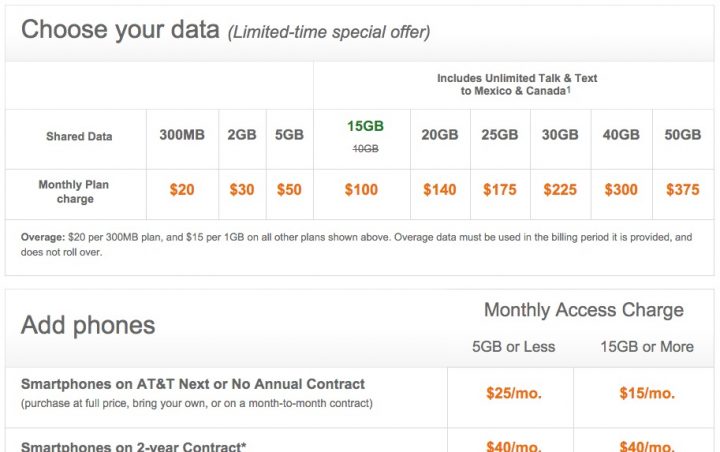 You’ll pay as little as $15 per month for each device that’s on the plan and then you’ll choose a monthly data amount, which goes from 300MB to 50GB, and you’ll pay monthly for that as well. Of course, you’ll also have to pay a subsidized cost for your smartphone up front, which is usually around $200 for a new device. 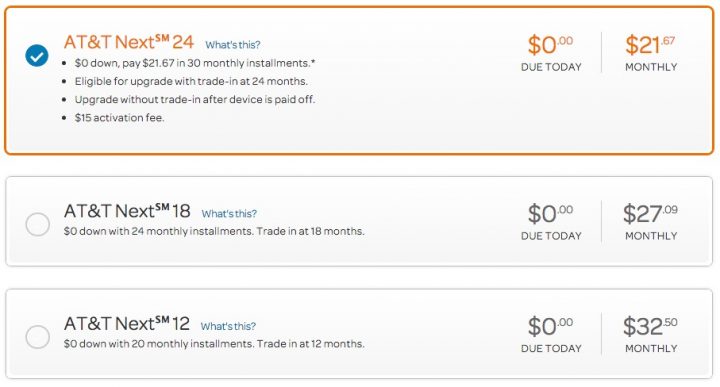 You can also choose AT&T Next, which allows you to pay small monthly installments for your smartphone instead of paying any up front costs for the device, as well as not having to worry about being stuck with two-year contracts.

It’s crucial to keep in mind that data plans aren’t the only thing to compare when shopping for carriers. You’ll also want to pay attention to the various features that you can get, as well as some of the benefits of using one carrier over the other.

For instance, if you go with AT&T, you’ll get the full speed of LTE, as well as being able to use the Mobile Hotspot feature on your phone for free. Plus, having an AT&T store nearby can be helpful if you’re having problems, whereas you likely don’t have a Cricket Wireless location anywhere near you.

Plus, AT&T has rollover data and free roaming internationally. Cricket, on the other hand is as barebones as you can get, so you won’t get most of these features without springing for a more expensive plan with Cricket, and even then they don’t offer rollover data or free Mobile Hotspot usage.

If it really all comes down to cost for you, then let’s take a look at how much a plan from Cricket and AT&T would cost. You’ve already seen the prices above, but what does that all look like when we put together a plan and buy a new smartphone? 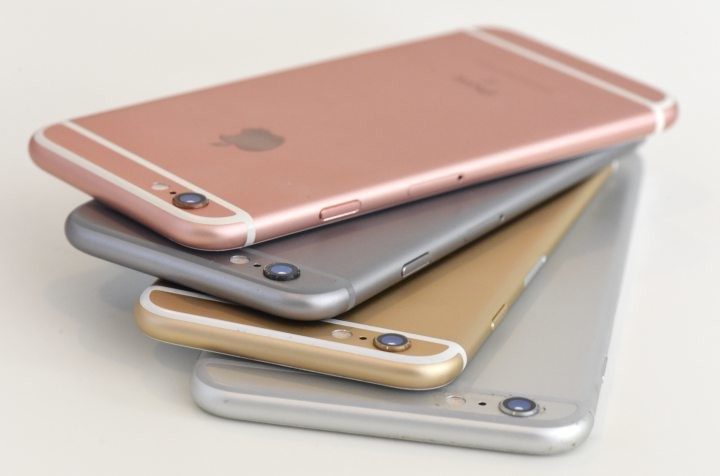 Let’s pretend we have two people both looking to get a new iPhone 6s on a plan together. If they choose Cricket, they’ll pay $70 per month to each get 2.5GB of data for the plan, as well as pay $1,300 up front for two iPhone 6s phones. This totals $2,980 over the course of two years.

So Cricket is the best choice if money is your only concern, but if various features are important to you as well, then you might want to consider if those features are worth paying a bit extra for.