Crimson Skies for iPad is one of several apps I would buy no matter the cost.

Crimson Skies is an incredibly fun dogfighting game filled with “dieselpunk” air-pirates which gamers will remember from its days on the Xbox 360.

There’s no announcement of Crimson Skies for the iPad yet, but in an interview with Shacknews, Crimson Skies’ creator Jordan Weisman said that he wants to bring the game back to life. 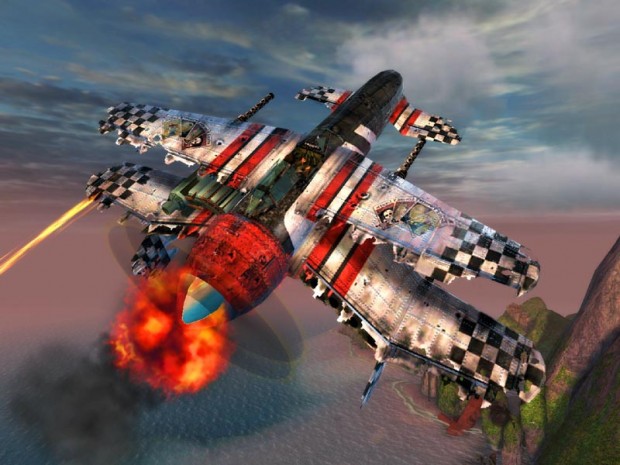 I’m hopeful that’s another property that I can approach soon. I’m in discussions with them about that,” Weisman told Shacknews, adding, “I’m hoping that we can bring that back to life as well.”

Weisman never says Crimson Skies for iPad in his interview, but his team has just hit a Kickstarter goal for Shadowrun Returns, which will be available on iOS, Android and PC, which means they have the chops to put together some amazing mobile games.

I had written off Crimson Skies for the iPad as a possibility because Microsoft Game Studios published the popular Xbox game, but it turns out the Crimson Skies universe isn’t owned by Microsoft.

Once Weisman finishes Shadowrun Returns, which has raised just under $1 million dollars on Kickstarter, he will look into licensing the rights to the 1930’s based Air-Pirate adventure.

Don’t start drooling just yet, Weisman is focusing on Shadowrun Returns before moving on to a new project. Gamers can chip in $15 to the Shadowrun Kickstarter to receive a copy of the game.

If Crimson Skies for the iPad hits Kickstarter I’ll be the first to fund it and will share the news on GottaBeMobile as fast as I can type.