After a lot of rumors and much anticipation, LG has taken the wraps off its G Flex smartphone with a fixed flexible display to take on rival Samsung’s Galaxy Round. The LG G Flex has specs that are similar to the flagship LG G2 (reviewed) smartphone, but this time around the Android-powered device comes with a flexible plastic OLED display.

The G Flex houses a 6-inch plastic OLED display with a vertical curvature that’s fixed, meaning you can’t bend the display yourself. According to LG, by using the plastic OLED panel, or POLED, the device is both thin, light, and durable while at the same time allowing for increased brightness and better color accuracy. 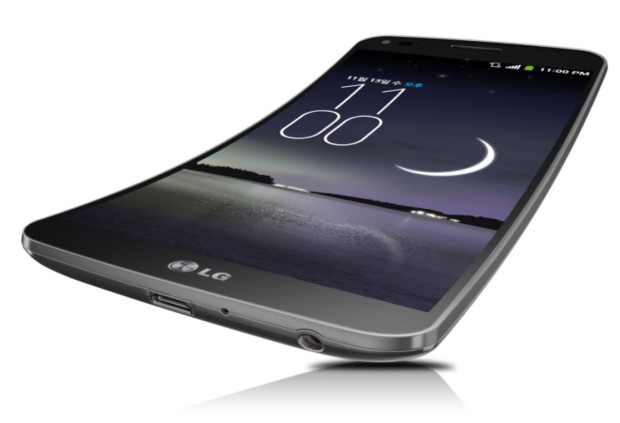 The device’s curvature may be similar to prior Samsung models, like the Nexus G and the Galaxy Nexus, in the past, but LG has saying that the LG G Flex comes with new technologies that provide additional benefits.

The curved form increases the sound level by 3dB compared to typical flat smartphones. The curved design also offers a more reassuring grip and fits more comfortably in one’s back pocket. What’s more, in landscape mode, the display offers an IMAX-like experience, with the result being the most comfortable viewing angle for watching videos or playing games.

Other novel components of the G Flex include a curved battery developed by LG Chem that uses a Stack and Folding design to maximize the arced space on the phone, giving the device  3,500 mAh battery. 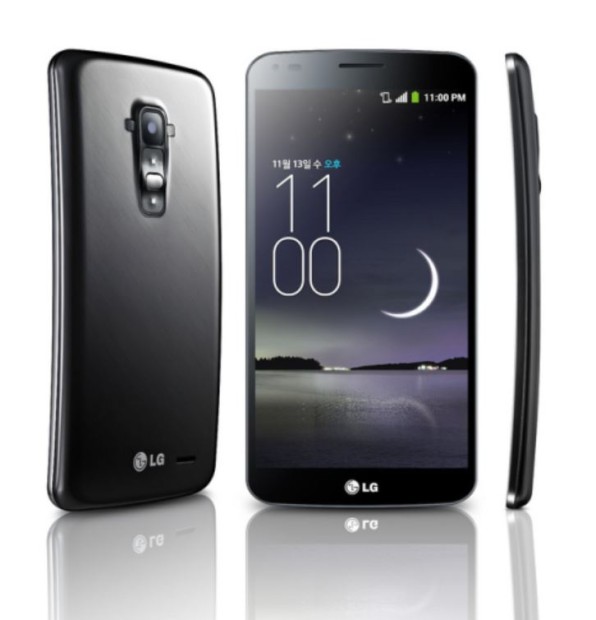 Like the flagship LG G2, the G Flex has a quad-core Snapdragon 800 CPU, rear keys, high fidelity audio experience, a 13-megapixel camera and a number of user interface tweaks that LG has introduced, including:

Given a more durable screen, LG is saying that you may not need a case for use with the G Flex as the device can protect itself from daily harm. The G Flex comes with a self-healing back cover so it could mend itself from normal daily wear and tear.

Right now, LG is only announcing a more limited roll out of the LG G Flex in its home market of South Korea. The phone is expected to launch next month in that country on the major carriers, but LG has so far not given any hints on an international roll out.