In our first installment of Life With Ink, Dana Bostick gives us a look into his Inking World. You can visit Dana at his blog or website, www.PrivateInspect.com 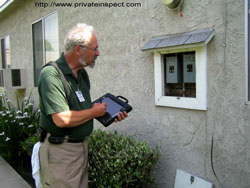 I am a professional property inspector and as such, I need to use a computer of some sort all day.  Until about a year and a half ago, I used a conventional laptop / notebook type computer.  After about a year, my refurbished Compaq © laptop died and could not be fixed without a motherboard replacement.  Decision point!  My livelihood depends on using these things and I needed a reliable unit for field use.  I started searching for a replacement.  My ancient AcerLite ® P-150 backup laptop machine just wasn’t cutting it.  My budget was a bit tight and a quick search of Pricegrabber © brought to light an NEC VersaLite ® slate tablet for only $1200.  Now, this was intriguing!

I am somewhat of a ““techieÃ¢â‚¬Â and the idea of a slate tablet was something that looked ideal for my particular usage and something I should explore further.  I could switch to a tablet for about the same price as a replacement laptop. Carrying the tablet around with me and directly entering the data could save a lot of time. I bought it and switched to inking and never looked back.  No regrets!

The NEC ““proof of conceptÃ¢â‚¬Â proved the form factor was very usable for this niche ““verticalÃ¢â‚¬Â application.  I run a commercial software for doing home inspections called 3-D Inspections ® www.3dinspections.com and the inking worked fine.  The software is not Ã¢â‚¬Ëœink awareÃ¢â‚¬Â in that I can’t actually ink in the fields but being a Windows © program, it did accept the ink input and convert it to text via the tablet input panel (TIP)  In fact, it saved time.  I no longer had to take handwritten notes and then spend 20 minutes transcribing them to the program.  When I did inspections on larger properties where several inspectors were involved, I usually finished my section much sooner than the others that were using conventional, non-tablet computers. Since we print the reports on-site, I was able to clean up and print my report and move on to another inspection.  Time is money! 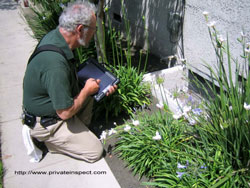 I have since upgraded to a Motion LE-1600 ® to handle a few issues I had with the NEC.  The battery life was only about 1-1/2 hours on the NEC and my typical inspection was 2 hours or more.  The NEC screen was totally useless in the sunlight as well.  The LE-1600 handled both these issues for me by providing 2 to 2-1/2 hours battery life with the standard battery.  I also carry an extra standard battery rather than go for the extended battery with it’s extra weight.  (BTW, I love that the Motion batteries have a built-in way to check the charge.  There is a little spot that you can press and a series of led’s light up indicating the level of the charge.) The ViewAnywhere ® screen on the Motion was at least workable.  It was still not as bright as it is under indoor conditions but still usable outdoors.  I have become a strong advocate for the form factor.  I am the go-to guy in my group for computer issues and have convinced several of my associates to switch to tablets.  They hate it when I blow them away with the speed I achieve by using my tablet instead of their clunky laptops.  Some didn’t get it and bought convertible models.  What is the point if you still have to lug around a 4+ pound machine?  You can take some people to school and they will eat the books!

I have jumped into the Tablet PC arena with both feet.  I’m currently running the full Beta of MS Office © 2007 on both my desktop and the Motion tablet, including OneNote ® 2007. (which I love)  Next trial is TEO.  The more ““ink awareÃ¢â‚¬Â a program is, the more likely I will run it.

I run the Motion LE in a docking station on my desk at home as a second computer on the network.  I live in a one bedroom duplex and have four computers running on the wired network and have a wireless access point as well.  I am a true GEEK!  But then, Geeks are cool nowdays.J

The inking ability has significantly changed the way I use computers.  It has also improved my handwriting.   People ask me ““How long does it take to train it to recognize your writing?Ã¢â‚¬Â (a throwback to the voice recognition programs I guess)  I usually laugh and say ““It trains you to write cursive betterÃ¢â‚¬Â  The recognition is amazing!  I cannot complain about it’s accuracy.  Occasionally, I need to revert to the OSK to force the system to accept a word that is not in it’s dictionary.

Overall, it has been a very satisfying experience and I have absolutely no regrets that I made the switch.  I continue to push the envelope, always on the watch for something new that will make my work more efficient or just be more fun to play with.

Thanks for a great article, Dana. Enjoy that $50.00 Amazon Gift Certificate!  If you have a good “Life with Ink” story to tell, submit your 750-2000 word piece to [email protected]  If accepted, we will send you your choice of a Buy.com or Amazon gift certificate as well!