Xbox One owners hoping to find a great party title for even casual gamers to enjoy are in luck. After months without a new game exclusively for the Xbox One’s Kinect 2 sensor, today Harmonix Music announced that the Dance Central Spotlight release date is September 2nd.

In addition to announcing the Dance Central Spotlight release date, Harmonix also announced other coveted details about the latest game in its dance franchise exclusively for Microsoft’s Xbox consoles. WhenDance Central Spotlight launches, it’ll cost users $9.99 from the Xbox Games Store. That being said, there won’t be any retail versions for users to purchase at GameStop, Best Buy or Wal-Mart. 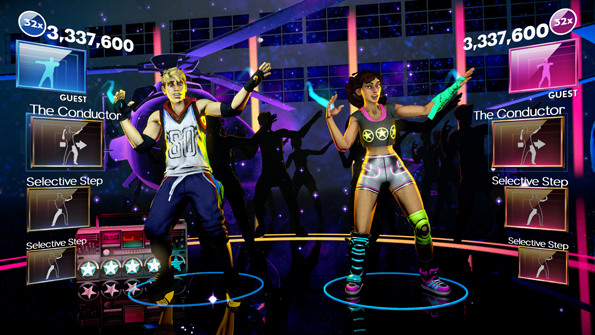 Dance Central Spotlight release date buyers can expect 10 free tracks to dance to when they download their copy from the Xbox Games store. Most of those run the gamut of what’s popular in rap and hip-hop music. There’s Cher Lloyd’s “I Wish,” Avicii’s “Wake Me Up,” David Guetta’s “Titanium,” “Jason Derulo’s “Talk Dirty,” Kid Ink’s “Show Me,” Lorde’s “Royals,” OneRepublic’s “Counting Stars,” Pharrell Williams’ “Happy,” Rihanna’s “Diamonds” and will.i.am’s “That Power.” Again, all of that music comes with the game free.

Each Dance Central Spotlight song includes custom choreography that’s timed to the music players hear. The idea is to execute the moves on screen with as much accuracy as possible. The game allows for a bit of slow timing, but the closer users get to executing a dance move flawlessly the higher their score is. At the end of the song the game tallies up player’s scores and gives them a rating. Unlike past versions, each song in Dance Central Spotlight will feature eight different dance routines for users to enjoy. New Fitness Modes will also ensure that Xbox One owners can use Dane Central Spotlight as a fun way to supplement their work out routine.

That Dance Central Spotlight release date comes and goes successfully is absolutely crucial to the Xbox One’s success. Mostly that’s due to Microsoft’s own failures with the Kinect 2 sensor. Microsoft included the sensor in the original Xbox One bundle as a way to reel-in casual gamers. The idea was the same as the Xbox 360 with Kinect sensor bundle that Microsoft launched a few years ago. By removing the controller, more of the family can enjoy gaming on the Xbox One. Dance Central Spotlight is one of only a handful of games that use the Kinect 2 sensor as a complete replacement for the Xbox One controller.

The only other two available this year are Fantasia: Music Evolved and Kinect Sports: Rivals. Fantasia is actually another music game based around the Disney movie of the same name. Kinect Sports: Rivals lets Xbox One owners bowl, rock climb and jet-ski against friends and family without having to pick up a controller. It arrived on store shelves earlier this year to somewhat mixed reviews.

In early June Microsoft announced a $399 Xbox One console without a Kinect 2 sensor. This new $399 Xbox One bundle is meant to give users who don’t want motion gaming a cheaper option. If Microsoft wants users to purchase that $499 Xbox One console it’ll need to deliver more decent games built around motion gaming. Xbox 360 users won’t need to upgrade to the Xbox One to play Dance Central Spotlight. It’s coming to the Xbox 360 at some point too.