It was only a week ago that Destiny developer Bungie and publisher Activision revealed what users can expect when the Dark Below expansion pack arrives. Now the two are teasing the Dark Below in a new video.

Bungie posted the new Destiny: Dark Below video to its Destiny YouTube profile this morning. The video begins with a complete view of the same put that Bungie has been teasing since late November. An off-screen voice sets up all the action. “Six of us went down into The Pit,” she begins. A few action scenes that apparently take place in The Pit are shown. “Only one crawled out,” she continues. After she reveals her identify – she’s the last survivor – the video breaks into a minute of teases to highlight all of the features in the Destiny expansion pack. We see footage from the upcoming storage mission, strike mission, new multiplayer maps, raid and coming weapons and gear. 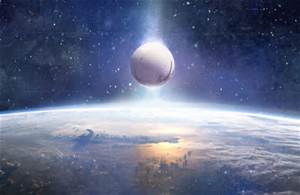 Bungie posted a comprehensive preview of the first Destiny Expansion late yesterday. That preview included changes being made to the game before the expansion’s release like two new currencies for purchasing legendary gear and changes in talent.

When it arrives on December 9th, the Dark Below will include tons of extras and add some big changes to first-person shooter/online multiplayer game. After purchasing the Dark Below players will need to in the Tower to complete three new story machines involving saving Earth from a vengeful god. To help get the job done, Bungie is adding a total of 32 new pieces of weapons and gear for users to upgrade their character with. Everything from explosive launchers to new armor is included in the gear line-up. Bungie is also boosting the character leveling to 32.

Three new maps are included in the Destiny expansion. They are the Pantheon, Skyshock and The Cauldron. The Cauldron is built for those who appreciate close combat. It’ll support all game modes and let teams play in sets of six or three. Skyshock only includes support for Control and Clash game modes and teams of six. It’s tailored for vehicular combat. Pantheon is set on Mars and supports all game modes.

Will of Crota is the new co-operative strike mission meant for Destiny expansion players who have or plan to form a team of players for missions. A new raid called Crota’s End is how players will take the battle to the chasm in question and end the threat.

Destiny launched this past September to somewhat rave reviews. Since that launch, Bungie has kept a steady stream of content updates flowing so that players can experience something new. All of that content was free but, Dark Below is downloadable content. Those who purchased the Digital Guardian Edition of Destiny for $89.99 will get the Dark Below absolutely free when it’s available. People who purchased the basic version of the game will need to purchase a $34.99 expansion pass that gets them the Dark Below and expansion two or buy the expansion on its own when it arrives. Unfortunately, pricing on the expansion by itself isn’t available.

Destiny is available on the Xbox One, Xbox 360, PS3 and PS4. Unfortunately for Xbox One owners, Activision, Bungie and Sony have all teamed up for a special strike mission. That mission will be available for everyone later in 2015, but immediately after launch it won’t. Xbox One and Xbox 360 users won’t be able to play The Undying Mind on launch day, despite having paid the same amount for the expansion pack that PlayStation users did.

Of course, Dark Below players will need a copy of Destiny to get any use out of the expansion pack and pass. Through the Xbox Store Destiny is still $59.99. New physical copies of Destiny have fallen to $44.99 for the Xbox One and PS4 at GameStop. The Xbox 360 and PS3 versions are just $39.99.