When we think of mobile technologies within the last year or two, as a developed country many Americans are thankful of the proliferation of the services and apps that help make our lives simpler. Video chatting with high resolution front-facing cameras on the mobile devices in our pockets, powered by blazing fast 3G and 4G connectivity from carriers like AT&T and others, have helped to shape our business and personal communications experience, allowing us to keep in touch with those who matter to us. But what happens when those same technologies are misused, abused, and exploited in third-world countries?

According to the international organization ECPAT, the very same technologies that help us communicate can be exploited and used to traffic children, particularly vulnerable ones in third-world nations. The organization’s work to help shine a light into this very problematic issue has won them the Conrad N. Hilton Humanitarian Award this year. 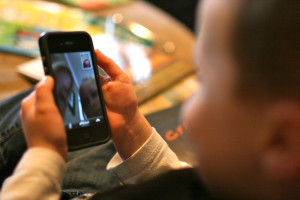 “Each year, 1.2 million children have their childhoods stolen from them by unscrupulous traffickers,” said Steven M. Hilton, head of the Hilton Foundation, “generating a $12 billion global market.”

But child trafficking and pornography isn’t as simple as the disturbing images of this industry that we may think we know. It’s not just about 16-year-olds in scantily clad outfits, according to ECPAT Executive Director Carol Smolenski; it’s about very young children being raped and recorded on photos and videos.

In my telephone interview with Smolenski, she says that the youngest victim of child abuse that she has heard of is a 1-week old baby being raped on camera, where the image and video feed was transmitted to an audience, likely in a developed nation, and monetized.

Thanks to technologies like FaceTime, Skype, Google Hangouts, Snapchat, and others, the dissemination of even more graphic pornography and violence against children becomes easier.

EPCAT is working with U.S. government agencies, including Immigration and Customs Enforcement (ICE), as well as international organizations to help stop children trafficking. Most recently, an ICE worker in Portland, Maine discovered a trafficking ring in the Philippines and worked with international authorities to stop that operation where the parents of a 2-, 9-, and 11-year-old were being recorded to perform sex acts by their parents.

The problem with new technology is that it’s harder for law enforcement to trace and catch. Before, when you think of child pornography, it was an issue with location, and images were sent over the mail, which can be more easily intercepted. However, Smolenski says that with peer to peer networks, live webcams, and even self destructing messages like those on Snapchat, it’s harder to catch the bad guys.

The worst part is that these technologies are coming into developing countries from developed nations. 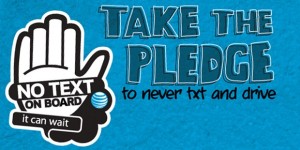 AT&T’s proactive “It Can Wait” campaign strives to change behavior to stop people from texting and driving. Perhaps corporations like AT&T and other technology firms can pull resources to raise awareness to ECPAT’s worthy cause to end the abuse of children using technology.

Additionally, Smolenski says that while laws are designed to protect children, more needs to be done. For one, EPCAT is trying to form a coalition within the technology industry to develop a code of conduct and help to stop this practice. What if Apple, Samsung, Google, and Microsoft all got together to donate, raise awareness, and perhaps place a sticker on every phone’s camera alerting them of child sex trafficking? AT&T and the rest of the industry is already leading the way with an “It Can Wait” sticker on the phone when it comes out of the box. Perhaps, something similar can be done to bring awareness and shed some light to this dark problem.

The code of conduct isn’t something that’s entirely new. Apple, HP, and other technology firms have recently publicized their codes of conducts in the manufacturing process and supply chain, highlighting ethical employment practices and sustainable manufacturing procedures that are sustainable. Perhaps, a code of conduct and more work can still be done to shift the focus from supply side to the consumer side of what happens to the product and how it is being used when it’s sold. And while tech companies cannot control how their products are being used, they can run public messages to raise awareness to the plight of abused children who are harmed by such technologies.

ECPAT is already working with local businesses to help stop child sex abuse and trafficking. “To combat child sex tourism, ECPAT developed the Code of Conduct for the Protection of Children from Sexual Exploitation in Travel and Tourism that now has more than 1,000 private sector companies as members in 40 countries who have committed to this industry-led code.”

Another area is to create groups and forums for youths so that they can talk about the Internet and technology and share information about Internet safety with each other. Youths need a safe place to hangout, talk, and learn online. This is important in the case of exploited young males.

“Until recently, in the U.S. nearly all attention of governments, law enforcement, and service providers have been focused on sexually exploited adolescent girls,” according to an ECPAT fact sheet. “Boys appear to be largely recruited by friends and peers and do not commonly have pimps, but do have relationships with facilitators. The majority of buyers are men, mostly white, professional, and married, although some are women,” and there are very few social organizations that serve abused boys.

If you’d like to get involved, as a technology reader of GottaBeMobile, be sure to visit EPCATUSA.org to learn more. One simple way to become proactive is to have an open dialogue about the benefits and misuses of technology in the home with your children directly. FaceTime is a good thing, if used in the right manner, but can be equally evil if taken into the wrong hands.