Often described as one of the hardest games anyone will play all year, Dark Souls 3 three had what only could be described as a pretty great launch. Thousands lined up to purchase the game at midnight from retail stores. Some pre-ordered the game directly from their Xbox One or PS4. Now developer FromSoftware is back with the Dark Souls 3 1.4 Update.

The Dark Souls 3 1.4 Update is all about performance tuning. Dark Souls 3 might have launched to rave reviews and brisk sales, but it wasn’t without its faults. Some found that the PC version of the game didn’t take advantage of their hardware for better performance. Others found bugs that kept them from completing missions. These issues only added to a game that’s already frustrating for most by design. 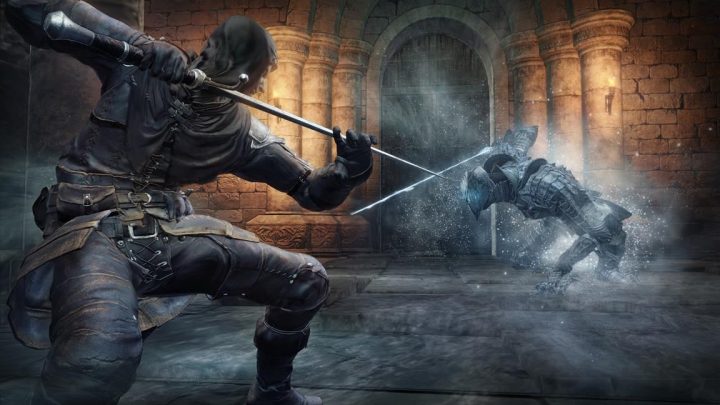 Here’s what you need to know about the Dark Souls 3 1.4 Update and how FromSoftware hopes it’ll change the game for the better.

The Dark Souls 3 1.4 Update isn’t about adding new areas or expanding the amount of content for players. Certainly, there will be updates that do introduce changes like that. There’s an entire Dark Souls 3 Season Pass dedicated to letting players get their hands on forthcoming content at a low price. We’re just not far enough away from release to be hearing about any of those pieces of add-on content.

Read: 6 Dark Souls 3 Problems & How to Fix Them

Dark Souls 3 1.4 is about bug fixing and addressing performance and balancing issues, according to a news post about the updated added to FromSoftware’s website recently.

In addition to that, there are some specific fixes aimed at Microsoft’s Xbox One entertainment console. The issue that caused users to not be able to quit a game, go to the bonfire, or online play items is addressed with the Dark Souls 3 1.4 Update. The game crash when trying to connect online on Xbox One has been fixed too.

When You Can Expect the Dark Souls 3 1.4 Update

That FromSoftware managed to pack a lot of big fixes and quality-of-life improvements into one release is commendable, but there’s still no word on what users really want to know: when the Dark Souls 3 1.4 update is launching.

The studio detailed the upgrade this week, but it seems as if those details were strictly to keep players informed of what’s coming. The detailed breakdown of what changed doesn’t include any release details. Right now, we don’t know when Dark Souls 3 1.4 will launch, just what issues it fixes.

On the Xbox One and PS4, game updates have to be submitted to Microsoft and Sony for certification. This is to make sure that there are no bugs or issues with them that could ruin the experience for buyers. Only when updates are tested, do they go out to users.

Xbox One and PS4 owners that have their consoles configured to accept updates automatically should get Update 1.4 in the background automatically. Anyone with background updates turned off will need to manually update their disc or digital copy of Dark Souls 3. As Dark Souls 3 1.4 is a title update, expect it to not cost anything at all. Title updates for stability improvements and fixes never do.

We don’t know how much more storage users will need to install this game update.

Dark Souls 3 is available for purchase now on Xbox One, PS4, Steam and at retail stores. GameStop has Dark Souls 3 Day One Edition on sale for $59.99. Dark Souls 3 Collector’s Edition is $129.99. A season pass to unlock all the content coming to the game that’s not free costs $24.99.