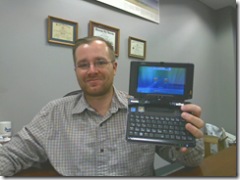 Allegiance Technology Partners sent me Fujitsu’s U810 Ultra-Mobile PC ( better known as Darth Vader ) to try out, and the first thing that hit me was how small it was. I mean really, really small. The U810 is like a hobbit compared to the P1610.

Anyway, I wanted to share a couple of first impressions before I began using it this week in preparation for an InkShow next week. By the way, we’ve already covered the U810 / U1010 before, but in this upcoming InkShow, I’m going to focus on usability, portability, and inking.

Here are some pictures showing my hand on the U810 in a position to take handwritten notes. 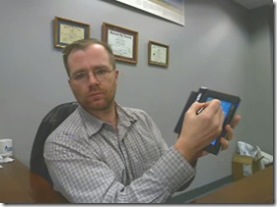 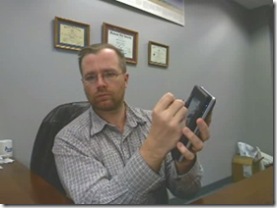 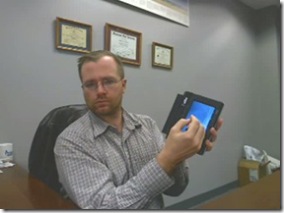 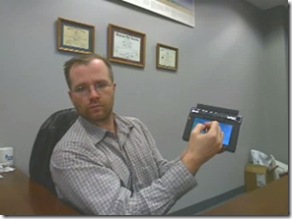 Watch for our InkShow sometime next week.