To preface this post, I’ll start by saying that I think Verizon’s shared data plans is a step in the right direction and makes it more affordable for consumers to connect to the Internet in the post-PC era since unlimited data plans ended. Rather than paying for entirely separate and expensive data plans for each device, users can add on additional devices to share in the data plan  for a low monthly surcharge. And as my colleague Josh Smith notes, savings can add up to the hundreds for users with multiple devices. That said, Verizon’s data plan doesn’t treat data as just data. When it comes to data-only devices, these plans still discriminate according to the types of devices we own. 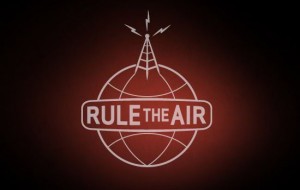 For example, from Verizon Wireless’ announcement this morning, having a primary line with a $60 charge will give me unlimited shared voice minutes, unlimited shared messaging, and 2 GB of data per month. If I add a tablet, which counts as a data-only device, I can have the tablet share in the 2 GB of data bucket per month with my smartphone for a surcharge of $10 each month. Now, instead of a tablet, if I wanted to add a MiFi, which is another data-only device meaning that it doesn’t provide for voice functionality in the U.S. under Verizon’s current offerings, that tablet would cost $20 instead of the $10 required by the tablet for the same privilege of sharing in my 2 GB data bucket.

I know a MiFi is more convenient and leads to users wanting to tether more–I love Novatel’s latest offering in the 4620L Jetpack that we just reviewed–but isn’t that device discrimination? After all, shouldn’t data be just that–data? It really shouldn’t matter how and where I use my data; by virtue of shared data plans, data should be treated the same regardless of the device as long as I am paying the surcharge(s). Both the tablet and the MiFi allow me to tether other devices to my unit over a WiFi connection, and we’ve seen the tethering on the iPad yield some lengthy operation times on a single charge, so why is there a 100% premium when considering adding a MiFi instead of a tablet?

Most likely, a MiFi is considered a business device that Verizon feels it can justify a higher charge whereas tablets are considered consumer devices. Still, with an extra $10 for a MiFi or a laptop or netbook with built-in 3G/4G connectivity, over the life of a 2-year contract, users will spend $240 more for the same privilege of sharing data than tablet owners would.

And I mention laptop and netbook here because this will issue pose an interesting situation when Verizon adopts connected Windows 8 devices on its network. The desktop-class OS will power anything from tablets to PCs to netbooks and notebooks and everything in between. We’ve seen Intel-based notebooks with convertible and hybrid form factors debut at Computex and it will be splitting hairs to try to decipher if these will be connected laptops or if they count as tablets moving forward. Another option with Windows 8 is to just count the ARM-version of Windows 8, known as Windows RT, as a ‘tablet’ and count traditional Windows 8 on x86 architecture on AMD and Intel as connected notebooks.

Hopefully, when rival AT&T rolls out its shared data plans, they’ll be more cognizant than data is just data, which really is just data. Let’s not discriminate against devices.