If you are planning an iPhone 4S preorder on AT&T, you should be sure to carefully select your new data plan, or you might accidentally lose your grandfathered unlimited iPhone data plan.

After AT&T recovered from a rocky iPhone 4S preorder launch, upgraders noticed that AT&T is forcing all iPhone 4S customers to get a new data plan. This isn’t the end of unlimited plans for users who have had them since the early days, but the order page is confusing. 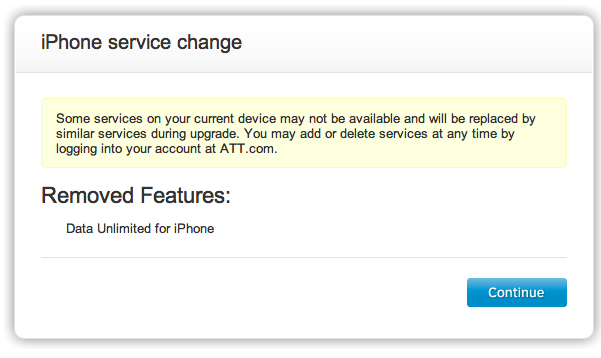 You must remove your Unlimited for iPhone data plan.

In order to upgrade to the iPhone 4S and keep unlimited data, you will need to choose the Data Unlimited for iPhone 4S plan. This is still  unlimited data, but it appears to be another move by AT&T to move some customers off of the unlimited data plans, and perhaps a precursor to what will happen with the iPhone 5 launches in 2012 and AT&T has an LTE network to support.

How to Keep Unlimited Data on the iPhone 4S

When you order, you will be shown a collection of data plan options, and will need to choose the Unlimited for iPhone 4S data plan right now if you want to keep unlimited data. If you choose another plan, it is unlikely that you will be able to get back to unlimited data on AT&T. 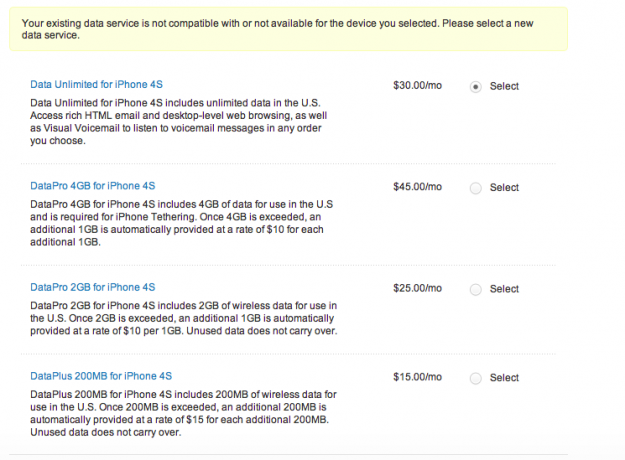 AT&T was able to move many unlimited data plan users over to a limited plan when the iPhone 4 received the ability to be a personal hotspot. AT&T told 9to5Mac that they are, “working on making the online page more clear.” It’s not like AT&T has the best website, but it isn’t a stretch to think some of this is intentional.

The Last Upgrade with Unlimited Data?

AT&T might be making the data plan change, which is specific to the iPhone 4S, in preparation for the iPhone 5. Right now AT&T is better off keeping unlimited data plans because Sprint offers them. But, in a year, if Sprint no longer offers unlimited data it will be a less costly decision to end grandfathered unlimited iPhone data plans.

Think this won’t happen? Verizon offered unlimited data plans on the iPhone 4 back in January, but just a few months later they disappeared. Verizon used the switch to LTE to change the data plans for new customers, which is something Sprint could do when they launch 4G LTE in 2012.

With mobile data usage growing, and expected to hit 1GB a day in 2020, limited data plans are going to be a big issue. Limited data plans will eventually do just that, limit the innovation of smartphone apps and the usefulness of our smartphones.

Hopefully, as competition in 4G LTE heats up, and all three carriers have coverage, we will see data plan prices drop and limits grow. Until then, use your data while you can.