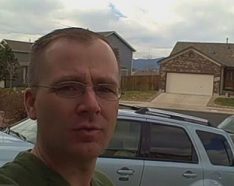 There is nothing like the smell of a new car to get your blood going in the morning – couple that with some good tunes + coffee, and you can certainly count yourself blessed.

I headed out to work this morning in the Ford Escape and captured this video to show how easy it was to listen to music on an iPod Touch, as well as music I purchased from Amazon and had stored on a USB stick. After shooting this video, I tried pairing up my Windows 7 and Windows XP Tablet PCs, but could not get SYNC and the Windows Tablet PCs to talk to each other. Would have been nice, though, and is certainly something Microsoft and Ford should take a look at. You can learn more about SYNC and the devices it supports at SyncMyRide.com

I’ll post up video tomorrow with up close shots of the SYNC interface and the process of initially setting up an MP3 player. Outside of what you see here, though, there is not much different other than some audio prompts and about a 20 second wait while SYNC indexes the music found on the MP3 player.

Be sure to watch my initial walk-through and my girls reactions to the Escape.