While many fans of Apple products are some of the most well-informed, tech-savvy ‘geeks’ you’ll come across, there are other segments of the iOS user base who are coming from a very different place in terms of product knowledge. Perhaps the most telling statistic about iUser misguidance is this statistic: according to Retrevo, 34% of iPhone users think their phone has 4G. Wow. 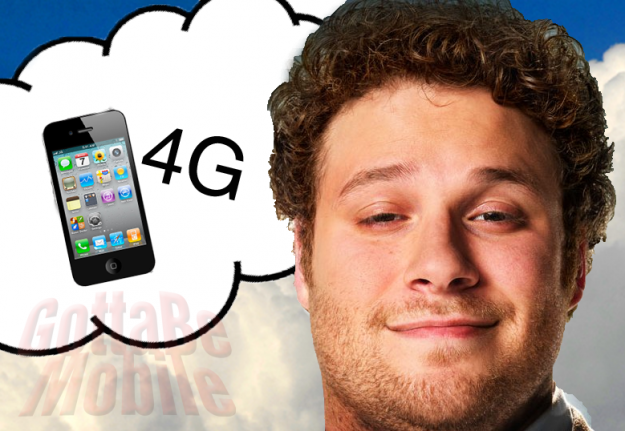 If Apple needed any assurance that waiting until 2012 to introduce a 4G iPhone wouldn’t be a problem, perhaps this is it. If only two thirds of iPhone users are even aware that they don’t yet have 4G – and a safe portion of those informed users probably have no problem waiting – how urgent can it be?

It seems that Apple would be wise to hold off until next year to LTE-equip its iPhones. We believe that they will anyway, with the battery issues and added bulk (and cost) that LTE Android phones have proven to bring to the table. We all know Apple only likes to introduce new technologies when they can present them with stability and seamless integration (the iPhone 4 antenna issue being a possible exception). It’s hard to see 4G being introduced to an iPhone this year – despite the extra three months they’re taking to launch a new iPhone. 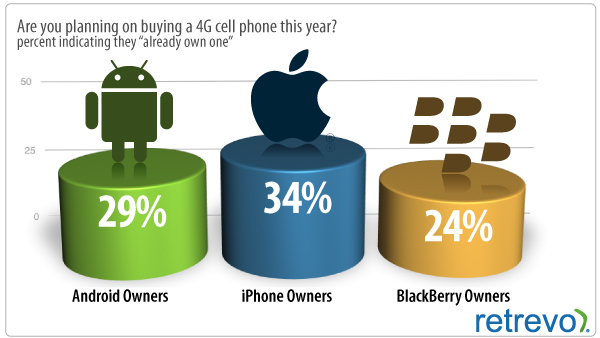 The results of Retrovo's survey indicate who "already has" a 4G phone.

We aren’t solely picking out iPhone users though, as 24% of Blackberry users also claim to own a 4G phone. Of course, just like with the iPhone, there is no Blackberry 4G phone at this time.

Aside from providing fodder for some snickering, this does show that smartphones are now far from just a toy for tech geeks, and have taken on a mainstream place in our society. That those who know little about what their phones are actually doing can still enjoy them speaks volumes for the user-friendly nature of the gadgets that companies like Apple have introduced to popular culture.