A leaked document from the Drug Enforcement Agency (DEA) obtained by CNet says Apple’s iMessage makes it difficult to listen in on drug suspects’ text conversations.

The document says the encryption Apple uses on iMessage makes it “impossible to intercept iMessages between two Apple devices.” Even after obtaining SMS logs from carriers the agency is left with holes in conversations where the suspects use iMessage.

The San Jose office of the DEA noticed the issue on February 21 of this year, more than a year since Apple launched iMessage. The office tried to set up electronic surveillance under Title III of the Federal Wiretap Act. The surveillance would let DEA agents view the suspect’s communications in real-time. iMessage made the wiretap records incomplete, however. 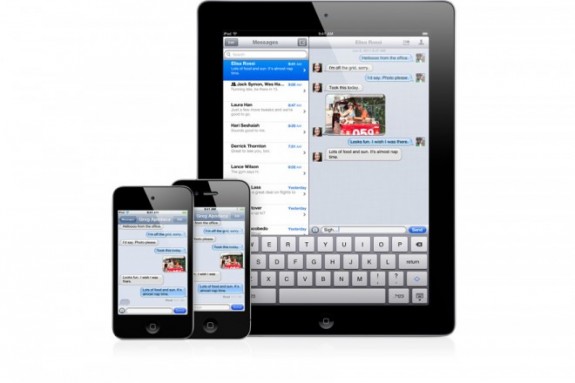 In order to get information from iMessage the DEA would have to either execute a man-in-the-middle attack or convince Apple to store records of messages sent over the service that it can view with warrants or wiretaps. For now, however, there is no way for government agencies to intercept encrypted iMessages between two Apple devices.

As The Verge points out, Apple’s current terms and conditions for online services such as iTunes say the company will share data with governments when it deems it “reasonably necessary.” The terms make no mention of iMessage, however.

Presumably the DEA and other agencies can view messages when iMessage fails and send them as text messages instead. Those messages should show up in carrier logs.

Apple’s iMessage isn’t the only encrypted messaging system out there, BlackBerry Messenger also lets users send encrypted messages between two devices. The Indian government forced BlackBerry to make logs of those conversations available so it can see the logs of suspected criminals, however.

In the U.S., the FBI recently started drafting a proposal to make it easier to view information from services like iMessage or social networks during criminal investigations.