Struggling Canadian smartphone-maker BlackBerry has killed two new and unannounced smartphones even before they launch. Announcement of the canned launch was discovered by the Wall Street Journal and was buried in the company’s recently published third-quarter earnings report published last week.

The company announced that it had made the decision to “cancel plans to launch two devices to mitigate the identified inventory risk.” 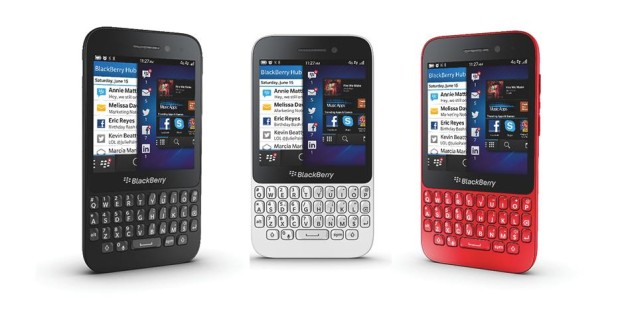 The two devices were known internally as Cafe and Copi and the Journal reported that these devices would be targeted at the entry level market.

The move was made as the smartphone-maker reported huge declines in smartphone sales leading to a stockpile of unsold inventory.

Under a new direction, BlackBerry new interim CEO John Chen had also announced that Foxconn will be partnering with BlackBerry to manufacture low-end smartphones. The first phone to be designed by BlackBerry and made by Foxconn would be arriving in April 2014 and carries the code name of Jakarta.

Despite pulling development over Cafe and Copi, BlackBerry is still said to be working on high-end devices. Those phones carry the code name of Ontario and Windermere. These devices would likely replace current flagship phones like the keyboarded BlackBerry Q10 and the all-touch BlackBerry Z10. BlackBerry also has a mid-range Q5 and a larger BlackBerry Z30 all-touch model on the market as well.

Eventually, though, if Chen has his ways, BlackBerry would outsource manufacturing production of even its high end phones to Foxconn.