Up until this past weekend, I had not had any major problems with my new iPad. My first two weeks with it were smooth and my first month with the third-generation model made the upgrade from the iPad 2 more than worth it. However, over the weekend, I ran into the first major issue that I’ve ever had with an iPad and unfortunately, it’s a cause for return.

On Saturday morning, I was using my iPad as normal. I read some stories online and then decided to download a couple of applications. I then left the iPad, smart cover over it, and went out for a few hours. When I returned, I fired it back up and noticed an odd white line running vertically up and down the Retina Display on my iPad when I held it in portrait mode.

When I turned my iPad into landscape mode, the line stayed in the same position but was hard to notice because it lined up almost perfectly with the status bar on the top.

My first thought was that this was some type of glitch, maybe from one of my apps, and so I powered off my device. 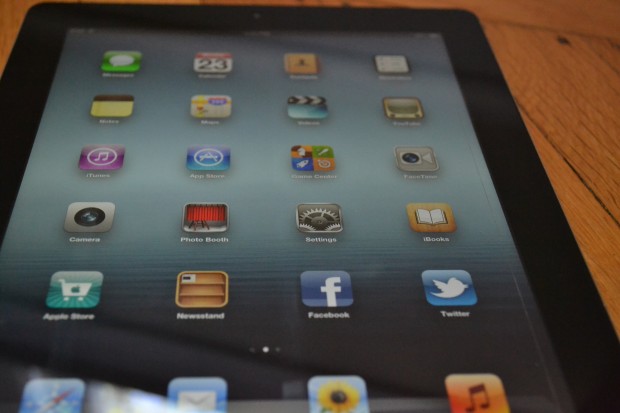 Notice the white vertical line to the right.

The Apple symbol appeared and the white line resurfaced mere seconds after booting up. Not good. The next thing I decided to do was do a hard reset on my iPad. So I held down the Home and Power buttons for a good 10 seconds and powered the device off again.

I had my fingers crossed as I hit the power button to power it back on but it was no use. The white line appeared once again as if to taunt me. I never dropped my iPad 2 and I’ve yet to drop or bang my new iPad. I treat all of my electronics with extreme care and caution. 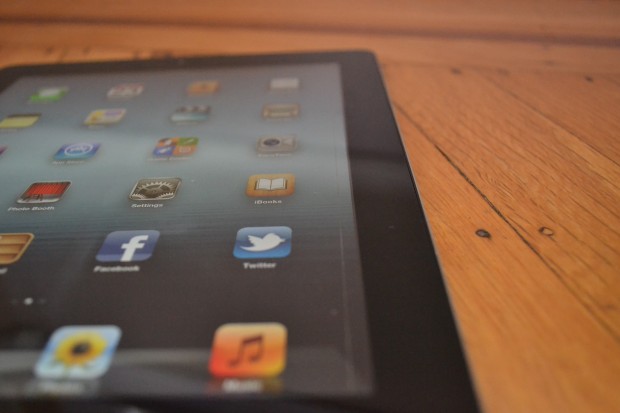 It’s one of the reasons why my iPhone 3GS is in pristine shape.

At this point, I went online to see if anyone else had had similar issues with their new iPad. Oddly enough, I haven’t been able to find anyone that has had the exact same issue. My assumption at this point is that my display has dead pixels and that this is a hardware failure of some kind. 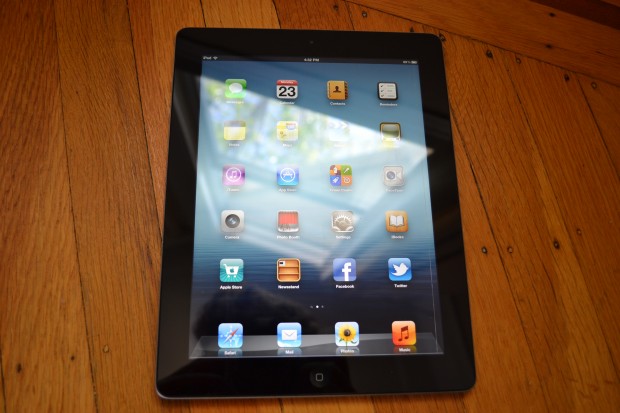 It extends the full length of the display.

Assuming this is a defect, it will be the first one that I’ve ever had with an Apple product. It will also mark my first visit to the Genius Bar at the Apple Store. And while I’m frustrated at the moment, I”ll hopefully have a brand new iPad in hand in a few days because of the one year warranty.

I’ll let you know how that experience goes later this week.

Has anyone had a similar problem with their iPad or any other Apple device? 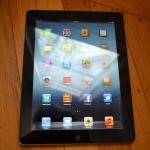 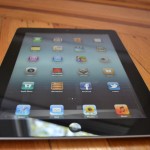 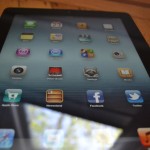 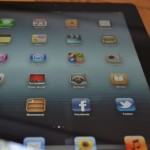 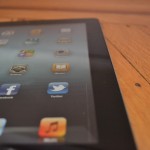