“Occasionally” companies reach milestones that are worth celebrating. Apple’s deservedly celebrating the 30th Anniversary of the Mac today with all sorts of remembrances, interviews, and other nice ways of looking back on a storied legacy. The reason for all of the celebration is that Apple has more than “occasionally” been on the forefront of changing how we create and interact with a world that has changed so much in those 30 years. Apple has enriched many lives with its products and also enriched its employees quite handsomely. Congratulation on a remarkable 30 years, Apple. 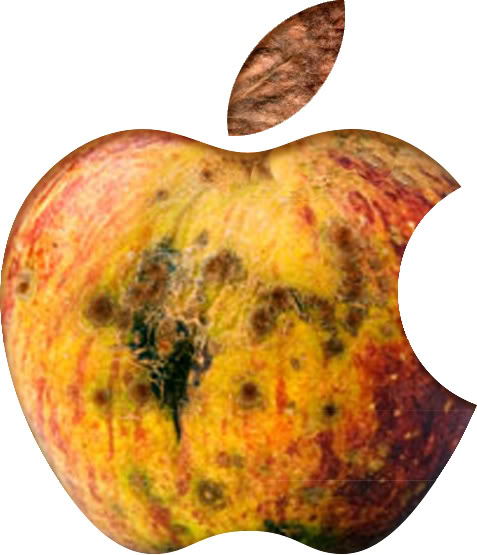 But, let’s talk about today. Not the past. Not the future. Well, maybe “occasionally” the future a little bit. While the Mac is 30 years old, Apple is more than “occasionally” going out of its way during this period of reflection to remind us that its flagship iOS products aren’t going to leave the Mac abandoned. The iPhone and iPads generate most of the excitement these days and also most of the profits for one of the world’s richest companies. It’s a damn shame though that the latest iteration of the operating system that powers its newest, forward-looking iOS devices is nothing short of a disgrace. 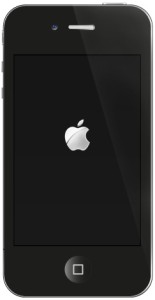 I’ve “occasionally” written about this before. I’m writing about it again. I’ve recently been keeping a running tally of these spring board crashes on Twitter with the hashtag #ios7crashreports. Sadly, I feel like I’m “occasionally” beating a drum in a sound proof room.

Josh pointed out a chart this morning that shows the rise in the number of iOS 7 crashes. Many others have been pointing to this as well. Apple finally acknowledged the problem in a statement the other day and says a fix is coming in the future. No date on that yet. Most suspect March. But of course Apple acknowledges these things, as do most companies, by using words like “occasionally” when it refers to crashes and problems. I’m surprised it didn’t pull out the other favorite we see in these circumstances, “affects only a small percentage of users.”

We have a fix in an upcoming software update for a bug that can occasionally cause a home screen crash.

Bottom line, iOS 7 is broken. It needs to be fixed. When it is, that will be an occasion worth remarking upon. Apple’s latest commercials that are appearing more than “occasionally” these days are all about poetry and using iPads to create your next verse.

What will my next verse be? I’d like to find out but my iPad keeps “occasionally” crashing as I’m creating it.

I wonder if any of the pilots using iPads are experiencing crashes “occasionally?” But closer to home in my world of daily iOS 7 crashes that marr my creative endeavors I’m finding that I’m reaching a point where I’m “occasionally” willing to chuck my investment in the iOS ecosystem out the window. I can’t complete my verse, Apple, because your software doesn’t work more frequently than “occasionally.”

I’m in the middle of a several creative projects that fit where Apple is going with that latest round of commercials. I’m writing a new play. I’m preparing to direct two new plays in March. And this week I’m directing a staged reading of a brand new play at Chicago Dramatists. As readers here know I use Tablets in my theatre work all the time and more than “occasionally” those are iPads. You see, I’ve bought into using iPads for this kind of work. To say I dwell in that intersection between the arts and technology that Apple crows about would be more than “occasionally” accurate.

In my writing on the new play I’ve actually been using the iPad Air with a keyboard to do most of that work. I actually was enjoying that more than I thought I would. I stopped that last week after multiple iOS crashes on three successive days. Nothing interrupts the creative flow like a springboard crash. In my preparation for the two shows I’m directing in March, I’ve stopped using the iPad for note and research collection, as well as production meetings over FaceTime because of crashes. And last night at rehearsal for the staged reading I found myself doing something I haven’t in a long time. I reverted to a paper script because the iPad Air crashed twice during rehearsal. There is no time to waste in any rehearsal, but in a rehearsal for a staged reading you have limited hours to get the job done and waiting for an iPad to return back to life is a waste of everyone’s time. And time is money. On more occasions than not.

So, Apple, I’d very much like to continue to use your forward-looking iPad Air with iOS 7.0.4 to complete these “verses” I’m working on. But these crashes that “occasionally” happen keep getting in the way. I appreciate that you’re going to offer a fix on some unknown date. But I can’t wait for that occasion as the work needs to get done. And yes, I know that “occasionally” sometimes things don’t work out as planned. But I wish that “occasionally” someone with much more clout than I have would hold your feet to the fire on these substandard and very un-Apple like botches that are keeping others from adding their verses to the canon.

You’re about to have a big earnings call next week, in which I’m sure we’re going to hear some impressive numbers about sales. And a large number of the questions will be about what you’re working on next. “Occasionally” it would be nice if an analyst on the call asked you about today instead of tomorrow and how you can keep selling so many products to so many people when they are run on an operating system that “occasionally” crashes so damned often that it gives new meaning to the word, “occasionally.” But then, the analysts on those calls only “occasionally” focus on anything other than what’s down the road when they do their jobs. And it is only “occasionally” that they actually provide us with anything of real substance.

If you actually had real competition in this space, Apple, I’m sure you’d work harder to shorten the time between when you “occasionally” release updates to broken software. But you don’t. And the bet you’re making that allows you to take your time to try and get this right is a sound one because there is no real competition here. If your competitors could “occasionally” raise their game this would be different I’m sure. But that hasn’t happened. Yet.

Address these issues, Apple. More frequently than “occasionally.” As I’m working with a paper script this week for that staged reading, I’m finding that “occasionally” I’m a bit more productive and more creative than when I have used the iPad for similar work. That’s a scary thought to me. I would hope it would be to you as well.

The epic poem you’ve been creating for quite some time sings of a magical and exciting story. Don’t let the next verses be “occasionally” marred with events so horribly shameful that they alter the scansion as drastically as they are currently. We don’t read and write poetry using your products because it’s cute. We read and write poetry because we are members of the human race. And the human race is filled with passion about your products. Only problem is that passion is now more than “occasionally” diminishing and keeping us from the poetry, beauty, romance, and love you want your products to help us aspire to.