With the holiday season in full swing, video game developer Niantic Labs is ready to introduce some new creatures and more to its hit game from the summer, Pokémon GO. The company is adding them in with the December Pokémon GO Update it just revealed earlier today.

Niantic confirmed what was in the December Pokémon GO updated earlier today in a press release and post on its website. The company started teasing a big update for Pokémon GO late last week when it announced that Sprint was the official wireless partner of the game and would be turning a number of its stores into stops so that users could recharge their devices when playing. After a year of teasing and testing, Pokémon GO arrived for iPhone and Android users over the summer. It’s amassed millions of downloads since then.

With the December Pokémon Go Update, Niantic Labs adds the first new Pokémon we’ve seen since launch. Togepi and Pichu have joined the game with today’s update. Each first debuted in the game universe as additions in Pokémon Gold and Pokémon Silver for the Nintendo GameBoy Color. Pichu was available as a baby form of the enormously popular Pikachu. Pikachu is already available in Pokémon GO, so Niantic is adding a different version to the game with this update that wears a Santa Claus hat.

Togepi and Pichu can’t be captured like most of the other creatures in the game. Instead, users will need to visit PokeStops in their area to get Eggs that potentially have them inside. Eggs have to be hatched using Incubators that you can purchase with in-game currency or get when you upgrade levels. The Holiday Pikachu will turn up on the game map as you explore, just like any other creature in the game. 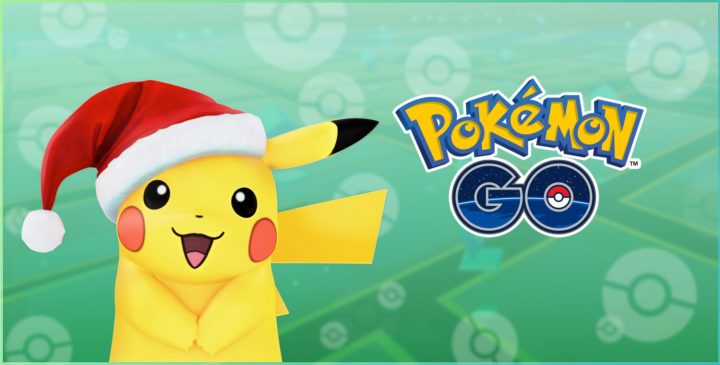 The developer started with the first 150 creatures from Pokémon Red and Pokémon Blue. These two games kicked off the franchise’s reign as best-selling titles on mobile gaming consoles. Every new generation of the series has ushered in a new round of 150 creatures for players to collect. Developer GameFreak added another 150 with Gold and Silver. Many assumed that Niantic would take the same approach and add all of the creatures from the Johto region. The December Pokémon GO Update seemingly confirms that this is not the case.

“These are the first of more Pokémon coming to Pokémon GO over the next few months,” the press release announcing the December Pokémon Go update says. Gamers can expect a sustained rollout of new creatures rather than a huge update containing an entire generation’s Pokémon. Such a tactic does make sense for the game, Pokémon GO doesn’t have a cover charge and receives updates regularly. It makes more sense for the company to slowly release new features and reasons to come back than focusing on bigger updates every few months or so.

Unfortunately, this December Pokémon GO Update doesn’t contain any of the new features users were hoping for. It doesn’t somehow give gamers that were already tired of the game’s original mechanics any reason to come back other than adding the new creatures to their PokeDex. It doesn’t pack a way to trade creatures either, which is one of the things players have requested a lot.

In other games in the series, trading helped you complete your Pokedex. In fact, it was essential since those games locked different creatures to specific versions of the game or generations. Pokémon GO using this technique somewhat by making different Pokémon only available near bodies of water, for example. Still there’s no trading.

Presumably, this will be the last major update to the Pokémon GO ecosystem for the rest of the holiday season, though Niantic may reveal a special bonus event like it did for Halloween and Thanksgiving.