T-Mobile Will Pay You Back for Unused Data in 2017

The world of PCs just keeps getting more exciting these days. Working with Microsoft, many device makers are starting to change what a notebook, desktop or tablet looks like and does. The new Dell Canvas is unique in that it wants to change how users create. At least, on the surface it’s an alternative to Microsoft’s own expensive Surface Studio. However, it goes about enabling creativity in a totally unique way.

The Dell Canvas is just one of the pieces of hardware that Dell announced at this year’s Consumer Electronics Show in Las Vegas, Nevada. Like Microsoft’s efforts in the space, the Dell Canvas isn’t aimed at home PC users. When it goes up for sale on March 30th, it’ll cost $1799. That price firmly places it alongside devices made with professional users in mind. 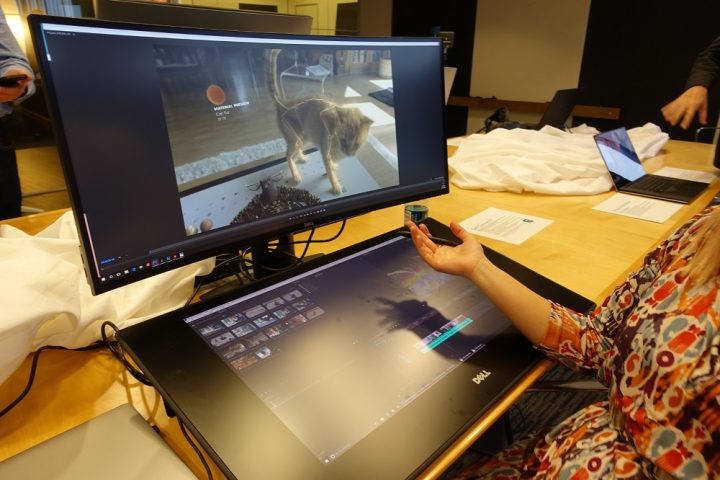 Smartly, Dell hasn’t gone the same route that Microsoft did with the Surface Studio. Rather than create a dedicated PC with notebook internals, Dell created a computing accessory. The Dell Canvas is a monitor and touchscreen experience. It needs to be paired with a Windows 10 PC. In some ways, that’s actually a blessing. It makes the upgrade path for users that buy it much simpler than it would be for something like the Surface Studio.

This device is for professionals that use their Windows PC to get things done. We’re talking architects, artists and designers. That isn’t to say that ordinary users won’t find the Dell Canvas intriguing either. The device is basically a 27-inch high-definition touch display for your desktop.

Covered in Gorilla Glass, the display uses IPS technology and has a resolution of 2560 x 1440 pixels. The display supports Adobe’s RGB color gamut standards too. Because of this technology, the colors you see on the Dell Canvas are very accurate reproductions of how a color would look in real life. The Dell Canvas’ touchscreen systems can detect 20 different fingers. 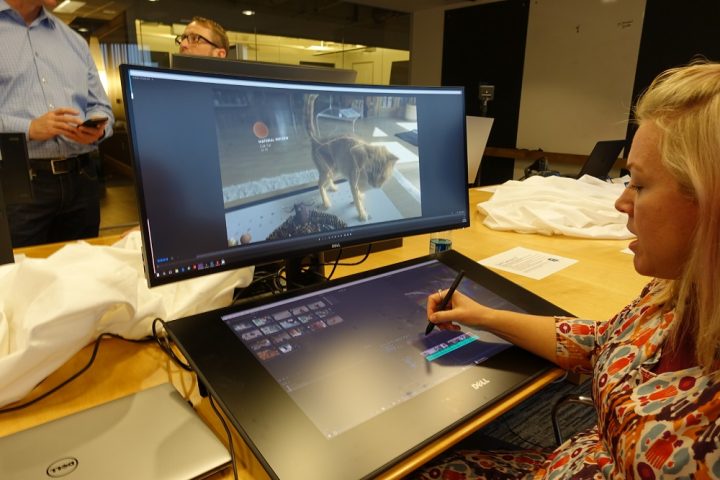 The Dell Canvas with Pen.

Dell built the Canvas to encourage users to leave their mouse behind and interact directly with the things they’re creating and enjoying digitally. The device comes with a stylus that supports 2048 different levels of pressure, and six different nibs let buyers customize the pen experience to their liking. Dell is also including desktop holder for the pen.

The built-in stand allows buyers to work from up to a 50 degree angle. That’s great for artists. Dell is including two of what it calls Totems. Essentially, they are natural ways of interacting with what you see on your screen. One will have an integrated button. The other is a dial that sounds a lot like the Surface Dial for the Surface Studio. This dial accessory can be used to adjust things like pen tip width or simply change the volume on the device. 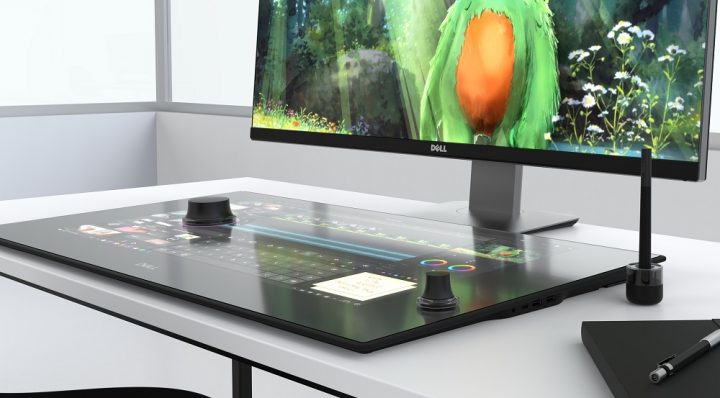