Dell has introduced its first-ever Chromebook today, and the company is unoriginally calling it the Dell Chromebook 11. As expected, it’s a small laptop aimed for students and schools, and while Dell didn’t provide a firm price, it said the Chromebook 11 will cost under $300, so we’re guessing it will just barely squeeze that line with a $299 price tag when it officially releases next month in the US and UK. 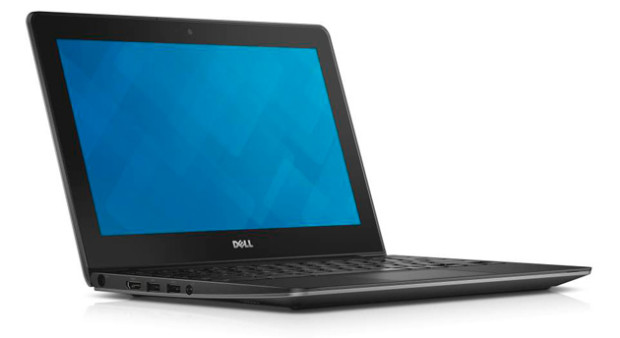 Furthermore, battery life is expected to last for about 10 hours on a single charge, and the entire device will weigh in at only 2.9 pounds. Overall, it’s nothing too special, and we’ve seen very similar specs with other Chromebooks from companies like Samsung, Acer and HP, who also have models priced under $300.

Dell is planning to launch more Chromebooks in the next few month, which will target a broader range of consumers than just students and educational institutions. The company even says that it plans to make Chromebooks geared toward small businesses, but no word on what kind of specs these future Chromebooks will be packing.

Dell hasn’t had the best of business over the last few years, but it’s slowly making its way back into the limelight. The company’s Venue 8 Pro tablet was put up for a firesale in the Microsoft Store for $99 and pretty much sold out immediately. Dell seems to want to start out 2014 with a bang and attempt to put itself back on the map with a new line of Chromebooks; we’ll see how it fares.