If this flyer holds true, it looks like Dell’s pricing for their much anticipated netbook (now called the Inspiron Mini 9) sits a little higher than the $299 that we’ve been all expecting. Chippy at UMPCPortal got the flyer from an unknown source, so don’t take too much stock in the pricing just yet. Dell has not officially lifted the veil off their worst kept secret, so take this information with a grain of salt. It does, however, look like a real mailer dated for September 5th, which was the revised expected release date.

Update: Microsite can be found here. The Mini 9 name is confirmed. 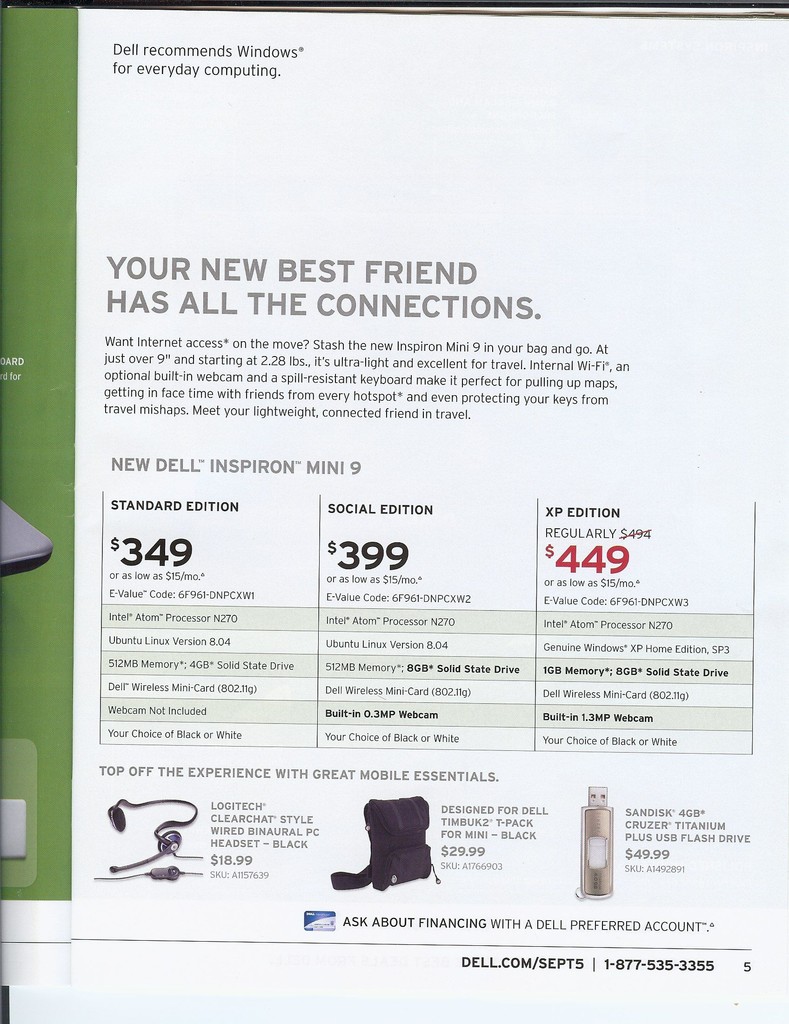