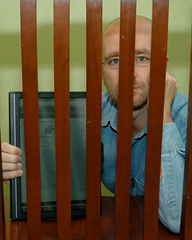 This little “Held hostage” feature is generating a lot of comments here on GBM with some saying we’re overdoing it, and some very angry with Dell for the lack of movement. Here’s the deal. This doesn’t just involve the Windows 7 drivers for the Dell Latitude XT it involves other Dell hardware as well. All well and good and set that aside for the moment.

The Latitude XT was the first multi-touch Tablet PC device from Dell and it generated a lot of pre-release excitement. It also generated a lot of post-release heat after issues surfaced with the machines. Dell shocked everyone with the very high price point of the XT and, for those eager to jump on Dell’s multi-touch bandwagon, it was quite an investment. Dell, wouldn’t have the issues it has now, and folks breathing down their necks, if they’d been a little more clear about their intentions here. Dell got out front with a lot of noise of their own making (remember those videos?). Whether right or wrong, many assumed Dell would stay out front and the XT would still be a great device to use with the multi-touch goodness baked into Windows 7.Â  Given all the problems with the short life of the XT, folks were ready to forgive Dell and move on. Dell missed that window. That’s where the dismay at the delay seems to stem from.

So, we’ll keep the pressure on until there is a resolution. Already, we’ve seen some movement and communication, but there’s still some distance to travel.