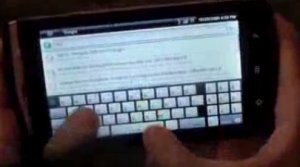 Word out of Pocket-lint is that Dell will unveil a 5″ Android-based tablet at CES 2010, confirmed by “multiple ‘black ops sources'”. Would be quite intriguing except we’ve been seeing leaks about a 5″ Android-based tablet device from Dell called “Streak” for months. If they’re aiming for a 2010 release as previously reported, it’s almost certain CES is the place where they’ll officially announce it.