Though it isn’t being billed as such, Dell’s new Precision M3800 laptop is exactly the type of machine that could be a viable competitor to Apple’s Macbook Pro.

Announced this morning via press release, the Dell Precision M3800 essentially takes the design of the Dell’s XPS 13 and improves on its internals.

Unlike the XPS 13, the Precision M3800 features a 15-inch display with a resolution of 3200 pixels x 1800 pixels that is covered in Gorilla NBT Glass to protect it from drops and scrapes. Buyers will have the option to use that display as a method of input thanks to it sporting touch sensors that can detect up to 10 fingers at one time. Users who don’t require that amount of pixel density can step down to a touchscreen display with a resolution of 1920 x 1090 pixels too. 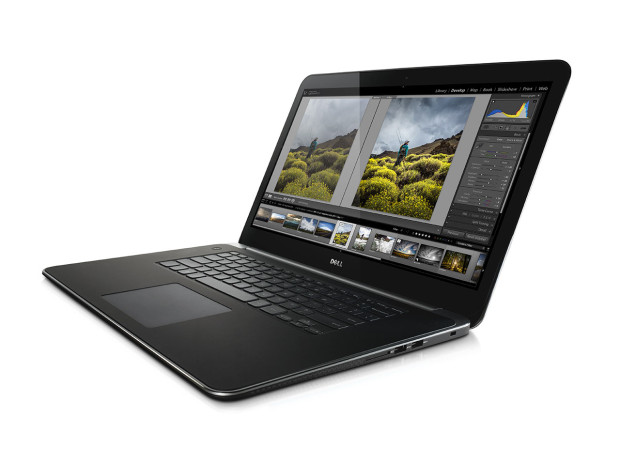 Inside, the story is even more impressive. Users will be allowed to add as much as 16GB of memory when they configure it through Dell’s website. Dell is also making it clear that users can expect the device to be a powerhouse thanks to its NVIDIA Quadro K1100M graphics card with its 2GB of dedicated GDDR5 RAM. The NVIDIA Quadro, its internal memory options and the 4th-generation Intel Core i7 quad-core processor will allow users to edit video or render 3D objects with ease. In fact, the M380 could make someone a decent gaming laptop as well as a work PC.

Dell says that each Precision M3800 will include an HDMI port, a mini DisplayPort, three USB 3.0 ports, a 3-in-1 card reader and 1 USB 2.0 for added connectivity. Dell is also giving users the option to install Windows 7 on the device should they not be comfortable with Windows 8.1.

Storage options for the Precision M3800 will range from a 500GB standard hard drive to a much faster 512GB solid state hard drive.

All of this will come wrapped in the same carbon fiber and aluminum body that made the XPS 13 such a crowd pleaser when it debuted in 2011.

As far as included accessories goes, Dell is only acknowledging that the PC comes with a USB to Ethernet adapter and a power cable inside the box. That USB-to-Ethernet adapter is important since the Prevision M3800 won’t include a built-in Ethernet port for those who prefer to connect directly to their home network. As its part of Dell’s business line of portables, the company has also created a dock accessory that allows professionals to transition between work routines without unplugging a bundle of cables.

All told, the package seems pretty competitive with Apple’s Macbook Pro. Unfortunately the company isn’t detailing when the work station will launch, nor how much it, or the Dock accessory, will cost users.