The Dell XPS 11 is a Windows 2-in-1 Ultrabook that arrived on the market in late 2013 as a competitor to the Yoga 11 with multiple modes of use and a flat keyboard to help with the tactile feel of holding a notebook that folds into a tablet.

Dell invited Gotta Be Mobile to their meeting room at CES to try out the Ultrabook with an 11-inch screen and an Intel Core i3 processor. This 2-in-1 Ultrabook is available for $999 with coupons at Dell.com, and goes up to $1,449 with a Core i5 4th generation Intel processor and a 256GB SSD. 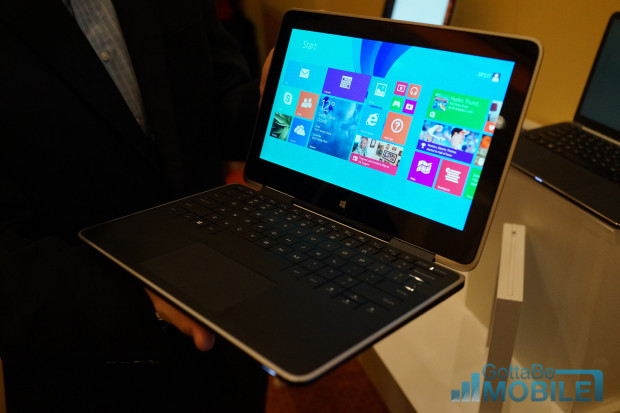 The Dell XPS 11 is a tablet and a notebook.

Like the rest of the XPS line, the Dell XPS 11 is slim and light with a Carbon Fiber finish on the top and the bottom of the device, but what really catches our attention is the flat keyboard that isn’t found on competing notebooks. The typing experience is something that will take some adjustment, but it may appeal to users looking primarily for a tablet, that can also be a laptop with full Windows 8.1. The Dell XPS 11 weighs 2.5 pounds.

As we show in the video above, the keyboard is similar to the Surface Touch keyboard, but it is more raised with a little more tactile feel. The XPS 11 features an 11.6-inch Full HD display which is quickly becoming the standard on 2-in-1 devices, even small ones like this. The display looks good and responds quickly to touch controls.

Overall the new keyboard layout looks like a nice way of dealing with the odd feeling of holding a Lenovo Yoga, but it may bring too many sacrifices when it comes to typing. We could only type for a few minutes, but it was clear we would need to learn how to type on this type of keyboard once again. 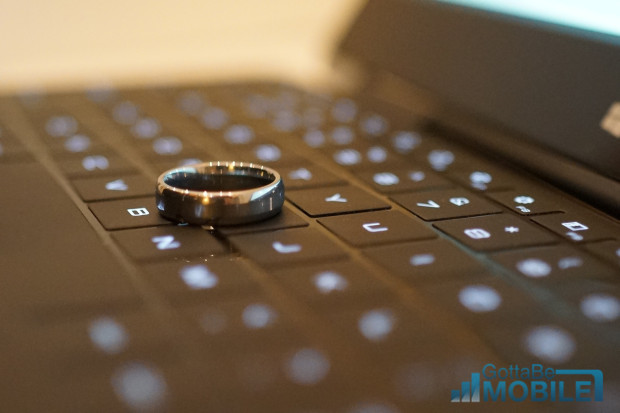 The XPS 11 keyboard is very flat.

Thanks to the hinge that allows the XPS 11 to fold to tablet mode users can also sit the device in stand mode to watch a movie or in tent mode to play a game. This is not the only device to offer these functions, so it’s worth comparing the entire lineup of Windows 2-in-1 ultrabooks before deciding which one you will buy. 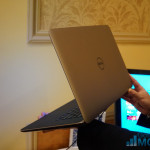 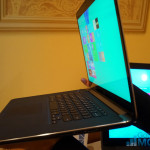 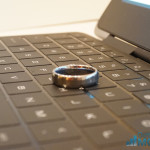 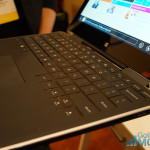 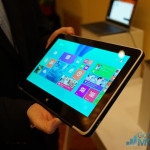 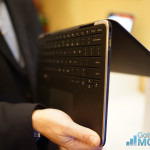