Project Ophelia, the Dell-made HDMI dongle that allows users to turn their displays and televisions into Android-powered devices, has surfaced at the FCC. That could mean the company is preparing to launch the device any day now.

According to the paperwork filed with the United States Federal Communications Commission, users can look forward to Project Ophelia, or what these documents refer to as the Dell Wyse Cloud Connect, having support for Bluetooth wireless connections and Wi-Fi standards when it launches. The two technologies should allow users to connect to the internet and wireless accessories like Bluetooth keyboards and mice.

These documents also indicate that Dell has packed in more than a few features that allow users to treat the Wyse Cloud Connect like any other computing device. These features include a microSD card slot that users can add more storage to the device over time and USB ports so that it can draw power from any television set that already has a USB port. 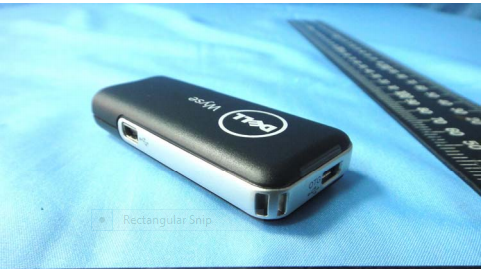 Pictures of the Dell Wyse Cloud Connect taken by the FCC.

All told, the experience users get with the Dell Wyse Cloud Connect should mirror that of other set-top boxes. It appears that Dell is hoping that there is an untapped market for Android-powered thin-clients that users can plug into displays and connect a wireless keyboard and mouse.

For that plan to work Dell would have to aim Wyse Cloud Connect at light-computing tasks and businesses at a very reasonable price. Dell previously told PCWorld that the dongle would cost around $100. However, as Dell also told the outlet that it would begin shipping the device in July it could be aiming at a different price now.

While Dell’s Wyse Cloud Connect runs Android, there is an alternative product that allows Windows users to get the same sort of experience.

Dubbed Windows To Go, it allows users to travel around with a version of Windows 8 and Windows 8.1 that specifically lives on the flash drive itself. Once users are finished with their tasks, they can then unplug the USB dongle and take all of their work and files with them. Unlike Wyse Cloud Connect, Windows To Go doesn’t come pre-installed on low-power hardware, so it’s only usable when plugged into a PC of some kind.  Unfortunately, Microsoft hasn’t announced any plans to expand Windows To Go outside of the enterprise computing space.