I came across this article on WashingtonPost.com about Bell South. The article has nothing at all to do with Tablet PCs, but the picture did. Apparently, Todd Smith is demonstrating some functionality at Bell South’s Home of the Future while using an HP TC1100. Have you ever noticed that when folks want to demonstrate stuff like Home of the Future or some whizbang future techno idea, they always use the discontinued TC1100 Tablet PC to do it? I wonder why that is? Could it be that it was a fantastic design??? 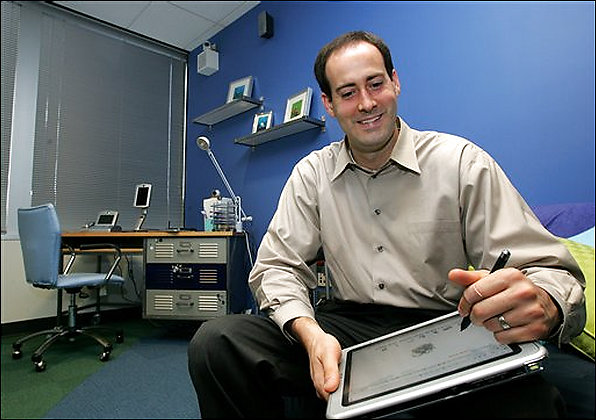 The caption under the photo:

Todd Smith demonstrates how a BellSouth FastAccess DSL wireless tablet PC can be used to shop at the BellSouth Gear Store at the company’s Home of the Future in Atlanta, Monday, July 24, 2006. BellSouth Corp., the dominant local telephone provider in nine Southeastern states, said Monday its second-quarter profit jumped more than 11 percent on a slight increase in sales. The results, announced before the market opened, beat Wall Street expectations. (AP Photo/Ric Feld)