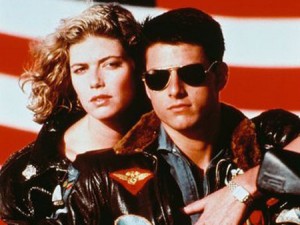 Like I’ve said before, HP has bet quite a bit on the release of the TouchPad, its webOS Tablet that features what HP hypes as the beginning of a wave of devices that will see some webOS goodness in the future. The early reviews said lots of good things but the focus so far as been on the “released too early” mantra that is sharing equal billing with the “where are the Apps” comments that prove even gadget bloggers and journalists can be as lazy as their counterparts in other fields. As I said earlier, HP has unwittingly sold quite a few iPads with this release.

But HP has to go for broke here, and according to the Wall St. Journal, they’ve laid out quite a campaign. Apparently HP is going to put real live human beings in around 100 Best Buy stores to talk about the TouchPad and webOS to potential buyers. And it looks like they might be there through the holiday shopping season. HP is calling this program Top Gun and I guess that means these folks will come out blazing.

If you’re in a Best Buy this weekend and see a Top Gun let us know what you think in comments.