A new Destiny beta PS3 vs PS4 comparison shows how much better Destiny looks on the PS4 and explains why PS3 and PS4 gamers cannot play against each other during the beta and later this year.

The PS3 and PS4 Destiny beta started last week, and now the trial is open to every console that the game is arriving for this fall.

Read: 5 Things You Need to Try in the Destiny Beta

A new Destiny Beta PS3 vs PS4 comparison shows how much better Destiny looks on the new console. This may be what it convinces some gamers to hurry up and upgrade to the PS4 before the Destiny release this fall. It is clear that developers are already taking advantage of the power of the new consoles. 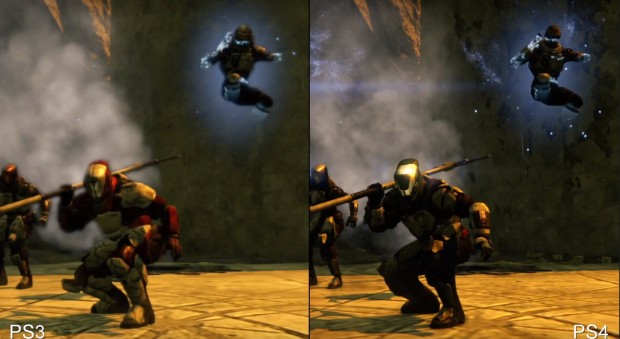 The PS3 vs PS4 comparison shows Destiny is blurry on the older console.

Watch this four-minute Destiny beta PS3 vs PS4 comparison video to see the differences in character detail, environment and even cut scenes on the two consoles.

You’ll notice that there is more detail on all the PS4 Destiny scenes. When you look at the split screen PS3 vs PS4 comparison you can easily see the added color and detail that delivers a more immersive experience to the game. IT’s clear that Destiny on the PS4 delivers a better experience than on the PS3. Make sure you watch the video in full HD for the best result.

If you own the PS3 and are trying to decide if you want to upgrade to the PS4 before buying Destiny and all the other PS4 games that come out this fall, you should definitely watch this video. Other games like NHL 15 offer a lot of new features for the PS4 and Xbox One as well. 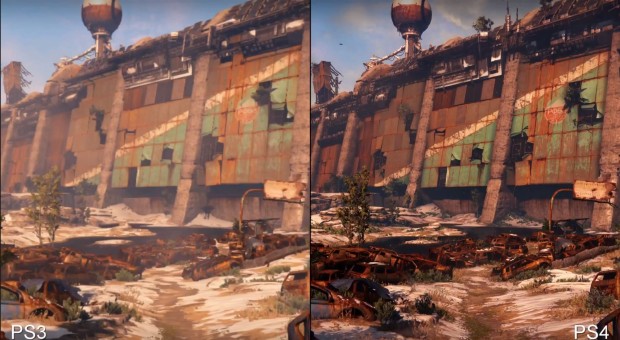 There are very clear differences between the PS3 vs PS4 Destiny comparison.

In addition to the visual differences you can see in the Destiny beta PS3 vs PS4 comparison, it plays a role in the actual gameplay.

Even though Bungie offers Destiny for the PS3 and PS4, there is no way for players to go head-to-head in Destiny during the beta or on the final release this fall. It’s not that Bungie couldn’t figure out a way to make this happen, rather it’s about making sure PS4 gamers wouldn’t have a major advantage over PS3 owners.

In the video you see better PS4 graphics compared to the PS3 version of the Destiny beta, which could easily give a PS4 owner an advantage over someone playing on an older console. Roger Wolfson, Bungie Engineer, explains the situation to Digital Trends using a hypothetical player,

“I have a disadvantage sniping across the map because [my opponent with a next-gen console] is only two pixels on my screen and I’m four pixels on his. You see that in the world of PC gaming, where people are always racing to the best video card to give themselves the advantage.”

Two pixels vs four pixels sounds minor, but in a fast paced shooter with connected players the detail clearly matters to the experience of each gamer.

If you pre-ordered Destiny to get the beta you can still change from the PS3 to PS4 version by canceling and placing a new pre-order. The only reason you wouldn’t be able to do this is if you chose the digital Destiny beta pre-order on the PlayStation store.