The Destiny: The Taken King release next month is expected to be one of the biggest in gaming this September.

Destiny: The Taken King is a massive expansion, spanning the entire game. A new enemy, called Oryx, is threatening to destroy Earth and her Guardians along with it. It’s these Guardian’s job to destroy The Taken King, who Bungie calls Oryx, before he uses his own forces to destroy everything players know. Destiny: The Taken King comes with new weapons, new places to visit, new multiplayer maps and new armor to customize your Guardian. Completing all of that content will take time and skill.

Destiny is a huge selling point for Sony’s PS4. When the game launched last year it was only promoted as being on the PS4. What’s more, Sony locked down an impressive amount of exclusive content that players couldn’t get anywhere but its systems. Sony, Activision and Bungie are teaming up to do the same thing for the Destiny The Taken King release, according to a blog post by Sony over the summer.

The Echo Chamber, a co-operative multiplayer strike mission, is only coming to PS4 and PS3 users. Sector 61B, a new location for multiplayer battles is only for PS4 users too. It a relatively mid-size battle zone. Exotic weapons only available to PS4 users include the Jade Rabbit rifle with scope, and a level 20 armor and gear set for each class of player. 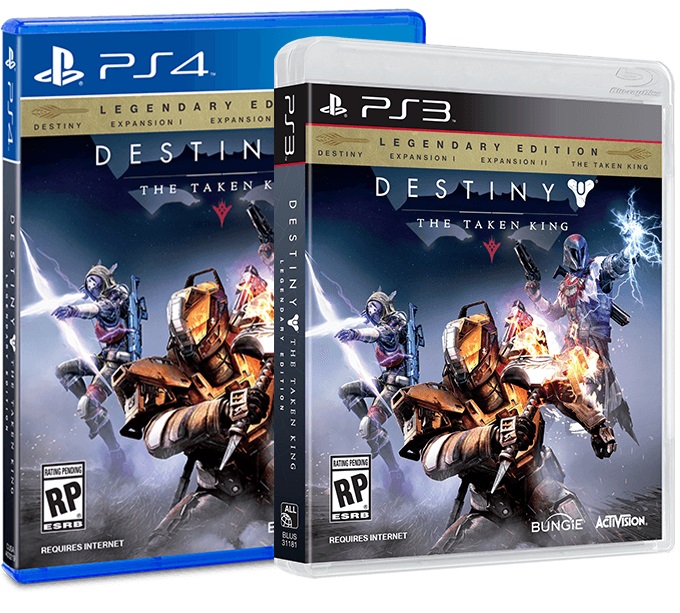 There are physical versions of Destiny: The Taken King galore. For users who just like to get into the game and start the latest popular Raid, a digital download might be more convenient. Fortunately, Bungie and publisher Activision have a solution for that.

Destiny The Taken King digital downloads aren’t yet available in the PlayStation Store for PS4 an in the Xbox Store for Xbox One owners. The same goes for Destiny players on the Xbox 360 and PS3. Presumably, they will closer to release. Besides the upgrade itself, buyers of this version get a Sparrow ship, armor shader and what Bungie describes as a Year 1 Emblem.

Destiny: The Taken King digital download will only cost $39.99, making it the cheapest way to get the expansion. The catch is that users need a disc or digital copy of Destiny to work in partnership with the expansion. This isn’t a hurdle buyers of retail copies have to go through.

$59.99 gets gamers the Destiny: The Taken King Legendary Edition physical game. As the name suggests, the The Taken King expansion is included. It doesn’t stop there though. Activision and Bungie are betting that there’s an untapped market of fans out there who haven’t tried Destiny yet. To appeal to them Legendary copies of the expansion come with the base game and its two previous expansions.

[ Pre-Order The Destiny: The Taken King Legendary Edition for $59.99 ]

Available in the Xbox Store and PlayStation Store is the Destiny The Taken King Digital Collector’s Edition. It’s also meant for users who haven’t played the game just yet.

Included is the SUROS Arsenal Pack, XP bonuses, three armor shaders and emotes. That’s just the downloadable content. Also included is the base game, the House of Wolves expansion, the Dark Below expansion and a digital download of The Taken King. To be clear, users who pre-order get access to the Vanguard Weapons pack before its release next year. 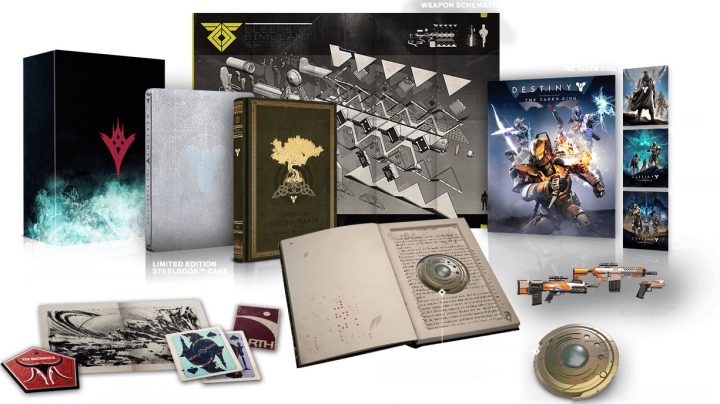 Anyone fine with a physical copy of the game stands to get more value for their money. Bundled with the Destiny: The Taken King Collector’s Edition are digital trinkets and real-world recreations of objects taken fresh out of the game itself.

The game is housed in a collector’s edition SteelBook case that’ll look great on a shelf. Buyers also get a copy of Treasure Island, with what Bungie itself describes as a “strange coin replica.” There are some smaller artifacts too, along with codes to unlock all the downloads that the Digital Collector’s Edition comes with. 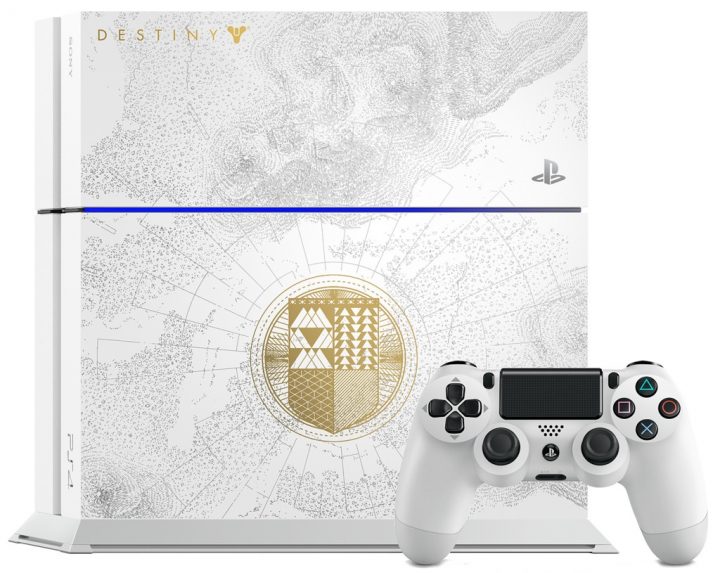 For users who don’t yet have a PS4 or Destiny there’s the all-inclusive PS4 Limited Edition Destiny: The Taken King Bundle.

Early access to the Vanguard Weapons Pack, Suros Arsenal Pack is included. The Taken King, Destiny’s two previous expansions come with this version. Since what users are purchasing is a PS4 version of the game, they also get access to the exclusive PS4 content that Xbox One owners might never get access to.

The bundled console comes in white, with gray and gold artwork covering it’s its side. Buyers also get a matching white controller.