Detroit Electric SP:01 Brings the Electricity Back to Detroit

People often forget that electric propulsion for automobiles is not a new concept. Anderson Carriage Company in the early 1900s produced The Detroit Electric, a popular electric vehicle for the time. Now the name is back with a Detroit company producing the SP:01. The $135,000 SP:01 is Detroit Electric’s first foray into the electric sports car, and they seem to want to follow in the tracks of Tesla, but improve on the products along the way.

The SP:01 is based on the Lotus Exige, and that comes as no surprise because the modern Detroit Electric was founded by Albert Lam in 2008. Lam came from Lotus as their Executive Director. It seems when a company wants to make a sports car without engineering all the sports car stuff, they turn to Lotus. Tesla did the same thing with the Roadster, which was built on the Elise platform from Lotus.

Similar in size to the Tesla Roadster, the Detroit Electric SP:01 is capable of accelerating from 0-62 mph in 3.7 seconds. That acceleration time is on par with the fastest Tesla Roadster, the Roadster Plus. Interestingly, for Detroit-based brands, the SP:01 should also be able to outrun the new Corvette Stingray in the same run as well as other vehicles of similar horsepower. The Detroit Electric SP:01 is only capable of achieving 155mph, but that speed is faster than what any Tesla is currently capable of achieving. 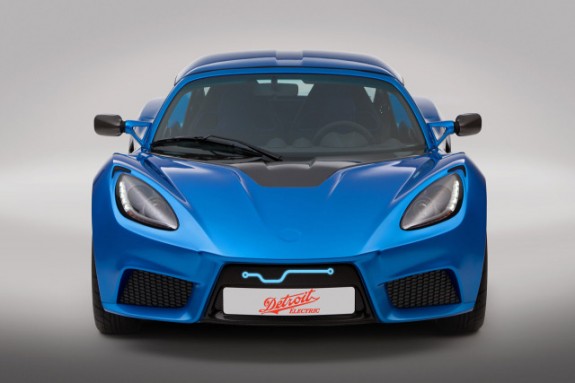 All of this performance is delivered by a liquid-cooled asynchronous AC motor that is powered by two 37-kWh lithium polymer batteries. This delivers 201 horsepower and 166 pound-feet of torque. Although those numbers seem small, electric motors make torque immediately from zero RPM. What that means is the engine is working its hardest all the way from idle to red line. A gasoline engine only makes its peak performance across a certain range of the rev band. Electric motors also have the advantage of being whisper silent.

When talking about a sports car, many people do not discuss fuel economy figures, but the Detroit Electric SP:01 is allegedly going to obtain 180 miles per charge, based on the new European testing cycle for electric vehicles. While official numbers have not been tested, that would be approximately 150 miles on the US cycle. That mileage figure is also on par with the Tesla Roadster. Thanks to the carbon-fiber body, the SP:01 weighs in at a svelte 2,403 lbs, which also helps the acceleration numbers and overall performance. 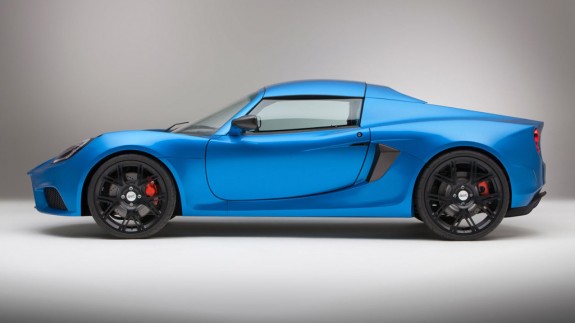 So what makes the SP:01 different from the Tesla Roadster? The SP:01 features a four-speed manual transmission and an optional two-speed automatic. The Tesla Roadster was supposed to have a two-speed automatic, but was scrubbed due to engineering difficulties. Because of the nature of the electric motor, the Detroit Electric SP:01 needs to be only in 2nd gear to hit 60mph, and there really is not a need to shift to third or fourth unless you need to go those speeds (range should not improve by driving in fourth gear everywhere). The automatic version of the SP:01 will feature two gears. Both vehicles should have the same top speed. One additional plus of the electric power train is that there is no need for a clutch (the motor is either on or off). Setting off from a traffic light involves just pressing the accelerator (even in the manual-equipped version). The only real advantage the now out-of-production Tesla Roadster had was price. The $135,000 cost of entry for the SP:01 is significantly higher than the Tesla.

The 155 mph top speed is an important number and milestone for an electric car. Most German vehicles are electronically limited to 155 mph for driving on the Autobahn, and by achieving that number the vehicle hints to the world that it is capable of keeping up with the best vehicles in the world.

Detroit Electric hope to have several more vehicles in the pipeline come 2014. They seem to be running on an accelerated Tesla time table (first the sports car, then the luxury sedan), but so far that has been successful for them. Hopefully, Detroit Electric will provide some much needed competition in the space to drive innovation and keep the costs down.