Deus Ex: The Fall Review: Lots of Fun but Buggy

We gave Deus Ex: The Fall a test and found it potentially gives hours of fun, excellent game play and control. However, it suffers one horrible flaw: it crashes without warning at the worst possible times on some iPads.

SQUARE ENIX gives players a futuristic first person shooter set in 2027. Humanity’s divided between ordinary humans and super humans, augmented with bionic arms, powerful senses and weapons integrated into their limbs. Augs take Neuropozyne to support their augmentations, but supplies have started to run low. Ben Saxon, the game’s hero, needs to find out what’s happening to the supply. 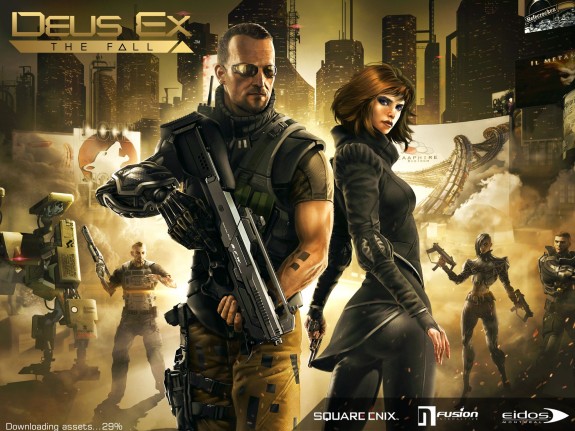 The story line of Deaus Ex: The Fall ($6.99) comes with lots of twists, making it fun and unpredictable. Early in the game tutorials help advance the player. FPS newbies might get lost, but experienced gamers will find it easy to pick up quickly. 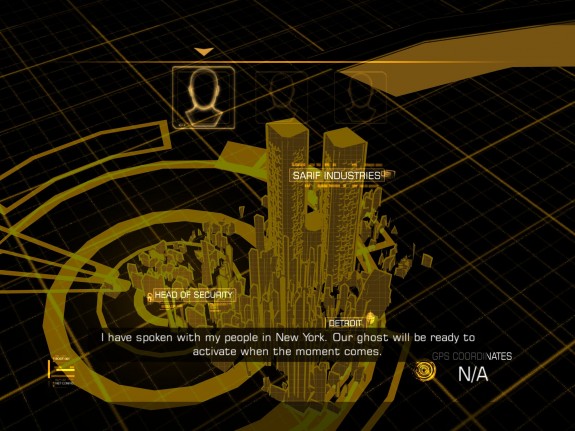 The controls in Deus Ex: The Fall work great on the iPad. Some players found the original PC game somewhat complex, but the iPad version makes it easier than the original without being too simple. The game makes use of the iPad touch user interface as well as any first person shooter we’ve played. Choose either virtual FPS analog sticks or the default split screen mode, where the left half of the screen maneuvers the player through the world while the right side fires at the enemy. Players can also tap to move or aim, which makes perfect sense on the iPad. We like that the game lets players choose between the two methods. 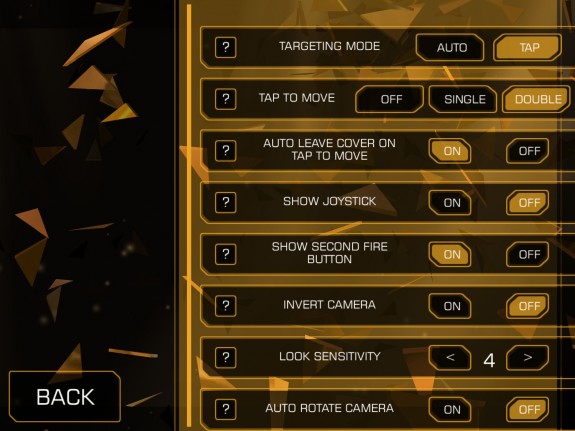 Visually, Deus Ex: The Fall outperforms many iOS first person shooters. We get plenty of realistic detail, like warehouse boxes with shipping labels, and a nice textured environment.

Even on the iPad mini we enjoyed fluid game play. There’s plenty of action and and interesting cut scenes, for those who like them. People who hate cut scenes will find these annoying. 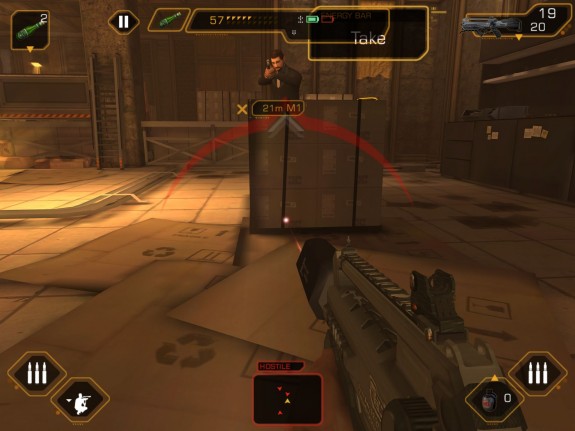 While Deus Ex: The Fall comes close to iPad first person shooter perfection, there’s a horrible problem that makes it annoying on the iPad mini. Without warning, the game will just crash. We nearly finished one long and difficult level. The last bad guy lay bleeding on the floor but, within seconds of reaching a check point, the game died. This bug on the iPad mini keeps Deus Ex: The Fall off our list of the best iPad games ever. The game ran fine on an iPad 3rd gen. We hope they patch the bug for iPad mini users. Also, jailbreakers can’t shoot in the game, according to the app store reviews. 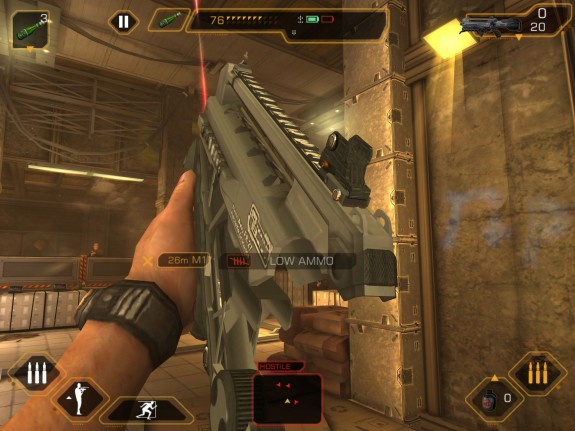