ASUS promised an update to my ASUS Eee Pad Transformer yesterday. Being the excited ASUS TF101 user that I am spent half the day tapping the “Check Now” button in the software update page in Settings. Nothing! What a bummer. I also went to the XDA Developer’s forum for my device and learned that I was not the only neurotic impatient update-hungry fool. Lots of us were going nuts. At least I didn’t post in the forum every hour complaining about it … I have GBM to express myself.

Kidding aside, I hate OTAs (Over the Air updates). They are not the most efficient means of sending out hardware or software updates to users. At least with a software update you can kill the application and keep it from getting the update at the worst time, like right in the middle of a business meeting, just before a deadline, or in the midst of a frag session with the forces of evil! Many companies send out their firmware or operating system updates whenever they please, which is often at the worst possible time. In some cases they can’t even be stopped.

Earlier this year my Nook Color received a malformed update that bricked my Nook. I was forced to wait for a couple of days to get back to using it. Thousands of people lit into Barnes and Noble over it.

A couple of weeks ago my HTC Thunderbolt had a small mechanical problem, so I unrooted it and took it to my local Verizon store to see if they could fix it. They did and I didn’t bother to root again for a few days. During that time the company sent out an OTA that killed the wireless tethering feature. I needed it for a few more hours that day and didn’t want to call Verizon to add the feature yet. I could not stop the update so I shut down the phone and rooted again.

Yesterday’s update of the Transformer was not the worst, but it was frustrating to wait and see no updates. When If finally got my update this morning I found it fixes a few things but also creates some other weird problems. It also doesn’t address a few issues that ASUS needs to take care of. 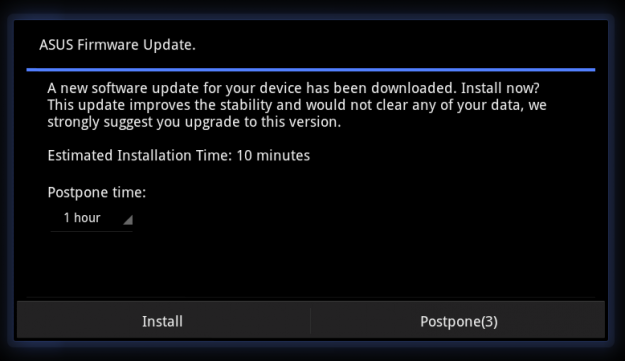 I have a solution that OEMs should follow to make their most passionate users happy. We want the update yesterday not tomorrow. Why not just post a link to the update on their website so that we can update ourselves? ASUS is pretty good about updating the Eee Pad Transformer in this way, but usually weeks after an update is released.

Downloading from the company’s website might cause an extreme load if the device is popular. So one fix that will not only make us happy but save the company some bandwidth is BitTorrent! It is not just for illegal file sharing anymore. Ubutntu offers updates to its Linux OS via BitTorrent. During the first two weeks after the update is available, users could download an update via a BitTorrent file and then then even help fellow users get the update by seeding the file. Only the first few users will pull primarily from the server of the OEM. After enough of have it, it will download faster and with less strain on their servers. 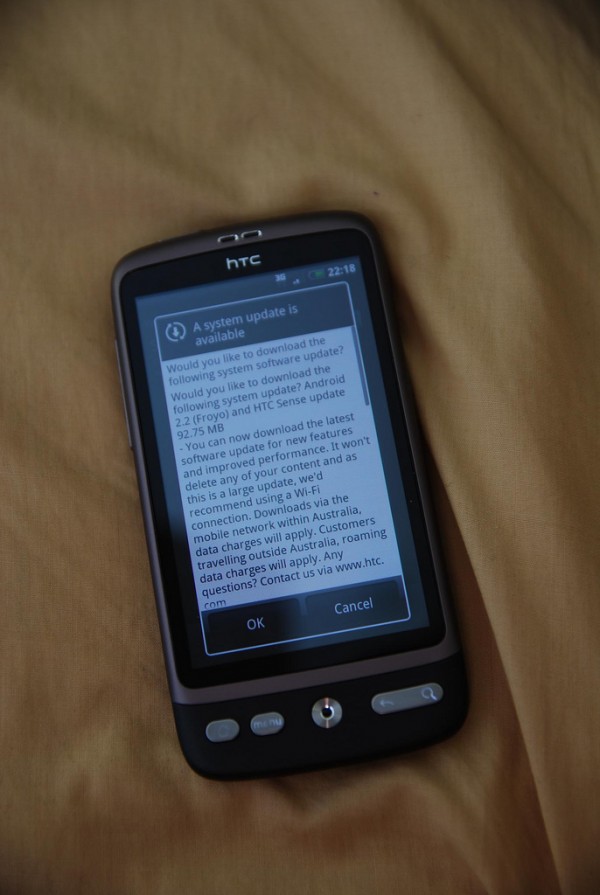 I asked  a few of the GBM staff and two said they didn’t mind so long as they were done properly. Great! Put a check mark in the software update feature to either turn them on or off. Let me control it. It seems like everyone hates Microsoft, but at least they give the user the ability to stop downloads from automatically updating Windows. Everyone seems to love Apple. They do it also, for now. When I plug my iPad into iTunes it offers the update, but doesn’t force it on me. But OTAs are coming to iOS this fall.

There can be benefits to cloud based updates. Most people are unhappy that Apple does not include reinstallation disks with their new Macs. If you do have a problem, you can boot your system and the computer will see that the OS won’t load and it will offer to download the OS and fix the hard drive. If the physical disk is at fault, then you can replace it and reinstall the OS in this way. This won’t be as easy with the flash drives in the MacBook Air, but it is still possible.

I’d rather have a disk and only have to download minor updates. The disk is faster, especially for the people who still do not have fast home Internet connections.

Security makes OTAs a plus. If your OS has a major security flaw that is known and will make your system vulnerable, the ability to update it without your action could be a benefit, especially if you are not home when the update is released. A vacationer could return to find that their system has been compromised and is being used as a spam bot. Or worse, they could find that their data is being stolen, including their banking information.

I can see using OTAs for security reasons. In extreme circumstances, the company might need to push one out without the user’s action. These are rare.