At Mobile World Congress, Corning announced that consumers can expect to find devices–both tablets and smartphones–with the company’s Gorilla Glass 2 glass screens starting in the April or May timeline. The company highlighted that both smartphone- and tablet-manufacturers Acer and Asus have announced products or roadmaps for devices in the future that will launch with Gorilla Glass 2 displays. 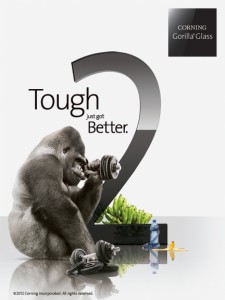 Given that the Transformer Prime was launched just recently, the release of the new successor in the Transformer Pad Infinity will give the Prime a lifespan of about half a year on the market. Though the Prime was anticipated by many hopeful tablet owners thanks to the device being the first out of the gate to support quad-core processing power with the inclusion of NVIDIA’s Tegra 3 platform, the tablet had suffered a few setbacks at launch, including GPS performance issues and a locked bootloader.