Did The Motorola Droid Bionic Just Get Closer to Launch?

While we’re not positive about what we’re seeing here, a Motorola device with EVDO and LTE 700MHz radios, Wi-Fi, Bluetooth, and a inductive charging battery cover just passed through the FCC today, a device that very well could be the one and only Motorola Droid Bionic. 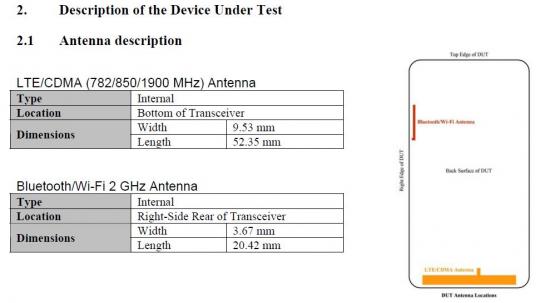 Now, if you look at this picture from the FCC, you’ll notice a form factor that is extremely similar to the Droid Bionic’s or at least the one that popped up just recently. Other than that similarity and those specifications, there is no other information that can confirm that this is in fact the Droid Bionic.

There is something interesting here though that pertains to a possible release. The user manual and photos of the device are under a confidentiality agreement until August 7th. Does that mean we won’t see this until August 7th? Probably not but it’s certainly a date to keep in mind.

So my friends, it appears that the Motorola Droid Bionic may have just gotten closer to release. How does that feel? It probably feels pretty good considering this absolutely, positively THE 4G LTE phone that you should be considering.