If you just recently upgraded to an iPhone for the first time, you’re more than likely checking out all the new features and familiarizing yourself with the user interface and all the apps. It’s certainly foreign to you, but the nice thing about iOS is that it’s pretty easy to learn and get used to. However, there might be a few things that you’re still confused about — namely, the deal with the Messages app. 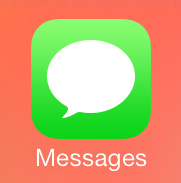 iMessage is Apple’s own instant messaging service. It’s similar to any other instant messaging service that you use (like Google Hangouts, AIM or Yahoo Messenger), except iMessage is exclusive only to Apple products, and it’s built right into the device, as opposed to being a third-party app that you download. iMessage uses WiFi or your data connection (3G/4G) to send messages to other iOS users. It’s a lot faster than sending regular text messages through cellular and it doesn’t waste any of your text messages (if you have a limit each month, that is).

Furthermore, iMessage works between iOS and OS X, so you can send iMessages to Mac users from your iPhone, and it also works with iPads as well. Plus, the service syncs between all of your Apple devices, so if you get an iMessage from someone, a notification will pop up on all of your devices at once, and you can answer on any of your Apple devices.

Before you had an iPhone, you were most likely text messaging friends and family the traditional way, where text messages are sent through cellular towers — the same way that phone calls are made. There’s certainly nothing wrong with this, but there are some downsides to traditional text messaging. First, it’s a lot slower to send and receive text messages; it takes a few seconds to send it, and then it takes around 10 or so seconds to get to the recipient. With iMessage, it’s almost instantaneous, just like an IM conversation on the computer.

Secondly, text messages are limited to 160 characters, while iMessages can be as long as they want. This usually isn’t a huge problem either way, but sometimes you need to type out a long story, and 160 characters just doesn’t cut it. 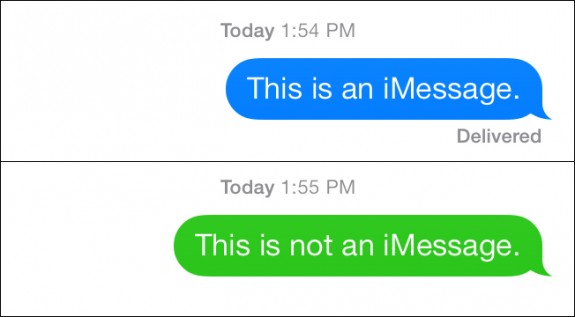 How Does iMessage Work?

iMessage is available for the iPhone, iPad or iPod touch running iOS 5 or later, as well as on Mac computers running OS X 10.8 Mountain Lion or later. With iMessage, you can register multiple emails so that friends and family can send you iMessages to any of the email addresses you have registered. Furthermore, iPhone users can have both their phone number and email addresses registered with iMessage. So for example, if I wanted to send an iMessage to an OS X user, I would send it to his registered email rather than a phone number. 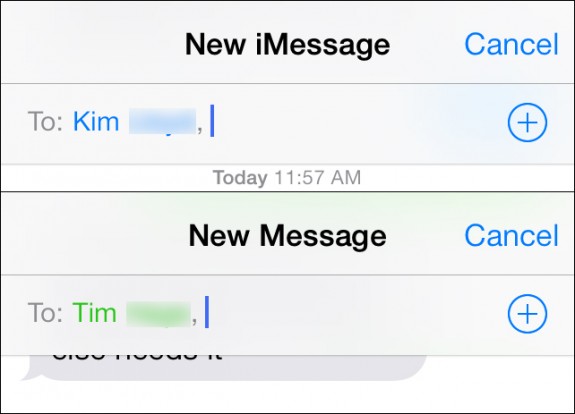 When you’re sending an iMessage to someone and you enter in their phone number in the “To:” section, Apple will automatically check to see if the recipient has iMessage. If they do, it will seamlessly transition from SMS to iMessage by itself. Apple has recently veered away from the iMessage term and simply uses “Messages” as the name for the iMessage app on both iOS and OS X. However, the colloquial term for a message being sent through the service is called an “iMessage.”

At the end of the day, iMessage is an overall better messaging system than traditional text messaging; it’s faster and it seamlessly works across all Apple devices. While it does use up data if you’re out and about, it uses very little data, seeing how a single iMessage is merely bytes of data (compared to your monthly data allotment of 2 billion bytes per month, or 2GB on average, depending on your plan).