Hot off the successes it has already had with Disney Infinity 3.0 in the toys-to-life genre, Disney is planning a new line of toys and games that’ll actually let players feel like they’re in on the action instead of just watching it. This morning the company revealed Disney Playmation new toys and games that let players become their favorite super heroes and characters.

Disney announced the Disney Playmation set of games this morning, according to video game website Polygon. A press release on the new game and toys remains illusive at this hour, but the Polygon profile and an article in the New York Times contains a lot of details about the games. 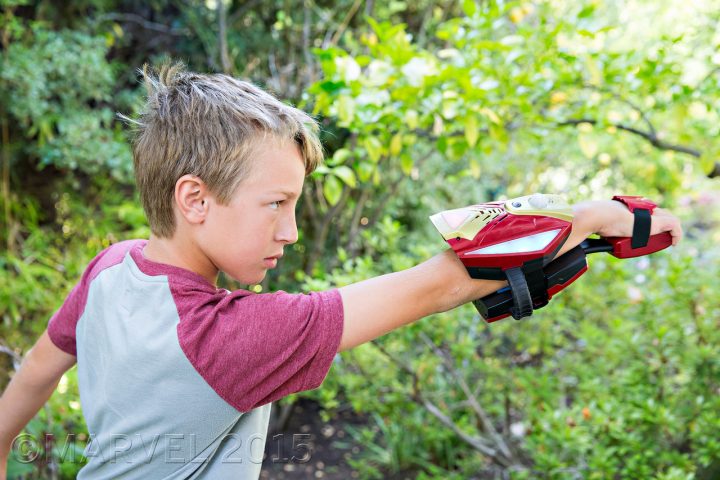 Debuting sometime later this year, Disney Infinity is about letting you add small content and features to games by purchasing toy figures. Disney Playmation is aimed at those who want to feel like they are the their favorite characters. The different Disney Playmation toys will include sensors and other technology that let players easily control their characters.

The $120 Disney Playmation Starter Pack will include an Iron Man repulse that players actually wear on their arm. Two action figures and two other small accessories are included in the Avengers Starter Pack. A companion app gives users assignments, tasking them with combat missions and letting them earn extra powers that aren’t necessarily part of the original experience.

The Disney Playmation Avengers Starter Pack coming this year will have a total of 25 different missions to start out with. Disney plans on letting players expand on those experiences with separate add-ons like separate action figures and even a set of giant hands inspired by Hulk, another Disney super-hero.

Disney says that it developed Playmation with privacy in mind. Privacy is one of the main reasons technology enabled toys have had such a hard time growing in popularity. Some parents feel that adding processing and sensors to toys is unsafe on a fundamental level.

At least on a high-level, Disney Infinity and Disney Playmation are strikingly similar. The difference lies on that virtual experience. With Disney Infinity relies on gaming consoles and television sets. Disney Playmation equipment can be used almost anywhere, though Disney says direct sunlight may affect some of the sensors built into Iron Man’s gauntlet, for example.

Pre-orders for Disney Playmation are quickly approaching. Shoppers will be able to order the Avengers Starter Pack on July 7th, a little over a month from today. If other products in the toys-to-life category are anything to go by users will definitely want to pre-order early.

Besides Disney Infinity, Disney Playmation will have some very stiff competition from shoppers this holiday season and beyond. Disney Infinity 3.0 includes Star Wars characters and launches later this year. Joining it are Skylanders Superchargers, Nintendo Amiibo figurines and Lego Dimensions, a relative newcomer in the space being developed by Warner Brothers and toy company Lego.