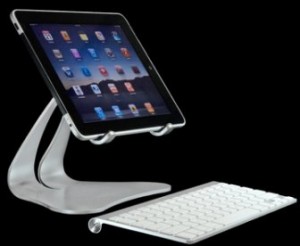 A new job listing discovered by Apple Insider indicates that Apple is looking for a signal integrity engineer to work in the “group at Apple that develops SOCs that will be used in Apple mobile devices” with experience with both parallel and serial data links, primarily with the Display Port technology. The listing suggests that at some point in the future, perhaps even as soon as the next-generation iPad 3 or iPhone 6–beyond the iPhone 5–the  next-gen A6 processor that will support Display Port output.

Currently, on the iPhone 4, iPad 2, and iPad 1, VGA, composite output, and HDMI are supported to output the video signals from these devices onto a larger screen. Adding Apple’s Mini Display Port standard to the video output would make the iPad compatible with the company’s Cinema Display as well as giving the tablet the ability to utilize the monitor of an iMac to display its content. The iPad, essentially, can be converted from a personal device to one where you can enjoy on a larger screen, share the experience with family and friends in the same room, or stream music and movies for output to a larger display. This would take games, apps, media, and content to the larger screen.

The potential here is big as when connected, or docked, to a Cinema Display or iMac, the iPad wouldn’t become a secondary device that merely synchronizes with a PC. With the introduction of iCloud, Apple CEO Steve Jobs stated that the cloud will be the primary conduit for synchronization and obtaining and managing information, and the PC’s status has been demoted to be on equal footing with the iPad and iPhone, rather than being superior to those devices from an information distribution and management perspective. Here, with the iPad connected to a display, users can potentially be working and running powerful apps, much like if they were on the full Mac OS X environment powering a Mac Mini or iMac, for example.

It’s unclear what Apple’s plans are for the technology and for its proprietary ARM chips, but the job filing suggests that Mini Display Port features may be coming to the next generation A6 chip and perhaps in an iPad 3. Whatever the case may be, it would be a bold move for Apple, which has thus far relied on the aging Dock Connector to connect its mobile devices to anything. With the addition of a display out port, Apple may be positioning its mobile OS as fully mature and ready to tackle on the big leagues that’s dominated by Microsoft’s Windows OS. With iOS on the iPad, users can just as easily switch between a mobile environment, as we’ve seen on the iPhone, to a full desktop-like environment connected to an external display and running powerful apps and graphics.

Will the iPad replace the Mac Mini in the future?