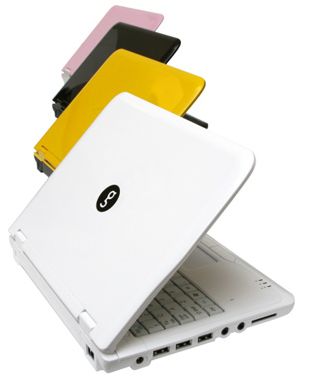 Ah, netbooks, we hardly knew ye. That’s what some would like us to think about Netbooks, including a number of companies who make the things. Quite a few manufacturers have gone on record saying that they don’t like all those Netbooks they are making and selling, but up until recently it seemed customers just kept plunking down their cash for the underpowered, small wonders. Of course the distaste has to do with the low profit margins on the comparatively inexpensive Netbooks versus more powerful notebooks and laptops.

Recently however an “Are Netbooks Doomed?” meme has started up based on reports that there is a decline in Atom chip shipments. CNet points to an IDC report is about to be released that says Atom chip shipments are plateauing which of course means that the manufacturers are planning on ramping down production. Analysts seem to  think that hints that the economy may be recovering will mean consumers will open up their wallets a bit more for more expensive models. I’m guessing somewhere in the mix is that companies are betting some of their resources on all of those tablets that are promised for later this year.

For what it’s worth, my $.02 is that Pandora’s box has been opened and won’t close all that easily (and I’m not talking about the music server that everyone likes so much.) Many consumers have bought into the lower price point and the confusing marketing approaches that led to large volume Netbook sales. I say confusing simply because the underpowered Atom platform was in many respects sold as just a smaller, cheaper notebook. Those who love their Netbook price points got used to that fact, those who needed more by and large have already moved on. Of course that was aided by the fact that some prices on notebooks dropped as well. The Netbook phenomenon proved to many that they didn’t need all the the bells and whistles to get their work and play done on a computer, and I can’t imagine any marketing campaign is going to change that mindset.

So, are Netbooks doomed? I don’t think quite yet.