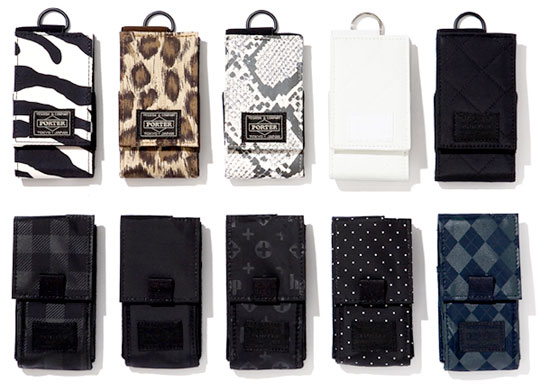 In our hotel room at the Consumer Electronics Show, which is commencing this week in Las Vegas, NV, Notebooks.com editor Josh Smith and I had a discussion on tech accessories for hot technology items, such as smartphones, tablets, and computers. For us, it seems that having the available options for accessories help to sweeten the deal of buying the latest and hottest consumer electronics products. Josh has been on the lookout for great MacBook Air cases and bags to help protect his Apple ultraportable notebook, and I agree with Josh’s anticipation for case options as I was the same way when the iPad debuted.

Also, with smartphones, having third-party or first-party options that were made to complement the looks of the device while extending functionality or adding utility is definitely a plus. Again, it seems that the iPhone has the most options from soft-case to hard-case protection for the flagship iOS smartphone, but there are also molded battery cases, like the popular Mophie Juice Pack Air, that help to extend battery life while offering solid protection–an option that few other smartphone-makers have picked up. Additionally, with fitted dashboard mounts, GPS dashboard mounts–like offerings from TomTom and Magellan, tripod options for using the iPhone as a 720p HD camcorder, and speaker docks to name a few, help to augment the iPhone’s utility and add value to the device. While Verizon, Sprint, and T-Mobile have begun to offer cases to fit various lifestyles for other popular smartphones–such as those for Windows Phone 7 and Android–those options aren’t as near as what’s available for the iPhone nor do they offer as much added utility.

For geeks, having these options will help to bring added functionality to the foreground, such as dongles and dock connector accessories that can potentially turn your iPhone into a touchscreen remote control for your entertainment system, but for the average customer, it helps to add personalization. Back to Josh’s quest for a hard-shell case for his MacBook Air–if Mr. Smith wants to add color to his otherwise signature aluminum Apple finish, he can go out and look for a black, orange, or whatever color he desires in a case that would personalize his MacBook Air apart from Xavier’s MacBook Air.

While the after-market accessories market may not be as big of a market, I believe it helps to drive the devices market in the value it creates. For its part, Barnes & Noble is attempting to replicate the success of Apple’s iPod, iPhone, and computer line with the company’s Nook lineup of e-readers by working with case manufacturers in delivering fitted, Nook-specific case that offers charm, personality, and customization into an already crowded e-reader space dominated by Amazon’s Kindle. Whether that was the reason–or if it’s the technical specs of the Nook–that drove Barnes & Noble to capture 20% of the digital book market is unclear, but offering consumers choice may be a smart idea to capture consumer interest.

We’ve already seen blinged out, bedazzled Motorola RAZRs circa year 2000. A decade later, the tablet market can stand to learn from the experiences of phone makers and not just compete on pure tech specs and features, but also on offering personalization and choices that entice not just geeks, but the average Joe consumer.