Chrysler is hoping to be first out of the gate with a consumer solution for in-vehicle wireless charging. The feature, which will cost $200 plus the cost of installation, will be available as an option on select year 2013 Dodge Dart automobiles. The aim of the optional add-on is to make it easier for users to charge their compatible mobile phone while taking trips without the need to plug in cables. According to BGR, essentially, an area of the center console will be outfitted with the wireless charging capabilities and consumers can throw their compatible consumer electronics devices into the area to begin wirelessly charging. 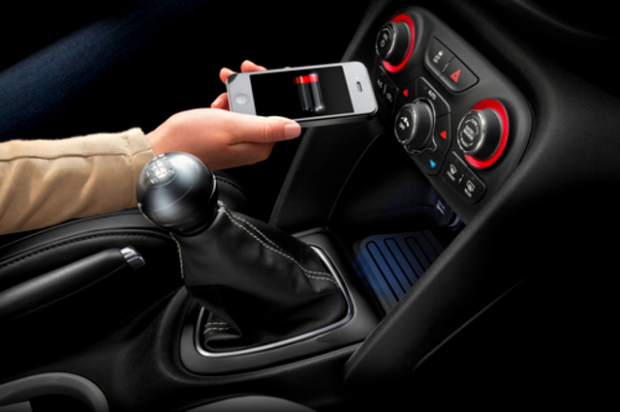 Though wireless charging began to make a big splash with the introduction of Verizon’s 4G LTE smartphones last year. Devices such as the HTC Thunderbolt, the LG Revolution, and Samsung Droid Charge had optional charging cases and back covers that would enable consumers to charge their devices when they placed the phones on compatible charging mats. However, in spite of Verizon’s push, the feature still has not taken off as expected and phones that come with the capability built-in are still difficult to find on the market and consumers for the most part have not purchased the optional add-ons to enable this feature.

One smartphone that is rumored to come out will have this feature built-in. That model will be the Samsung Galaxy S III if speculations hold true.

The company will first make the technology available on the all-new 2013 Dodge Dart that arrives in dealerships in the second quarter of this year.

“At Mopar, we look for every single opportunity to make our customers’ lives easier,” said Pietro Gorlier, President and CEO of Mopar, Chrysler Group LLC’s service, parts and customer-care brand. “Our industry-first in-vehicle wireless charging system is the perfect solution for those connected customers who are always on the go.”

For easy access, a seamlessly integrated power bin, measuring 8.27 inches by 9.5 inches by 3.25 inches, is installed just below the center stack and in front of the center console. The bin has a built-in charging grid that is activated when customers place in their battery-powered device. The unit begins to charge when the vehicle is started. A phone case, specifically designed for a variety of smartphones, is required and included with the feature.