First impressions aren’t always right, proven by the way the DODOcase HARDcover Classic at first felt like a mistake. After sticking it to the iPad mini – yes, sticking is the right word – and testing the case we fell in love with the case. No more bulky wooden frames are needed to provide a stylish book look for the iPad mini.

The DODOcase HARDcover Classic makes an iPad mini look like a book, which makes sense as people often primarily read on smaller tablets like the iPad mini. Inside the front cover, the user owner sees a colorful lining with red, blue or gray. DODOcase brands each case with a sticker.

While in the case an iPad mini doesn’t look like an iPad. When the user is out and around people won’t notice it which means fewer chances of theft. Bad guys will often think it’s just a book or journal complete with an elastic strip to hold it closed.

Instead of a molded wooden frame, the HARDcover Classic uses adhesive to hold the iPad mini inside the case. Two incredibly strong adhesive strips grab hold of the iPad back and grips the device. 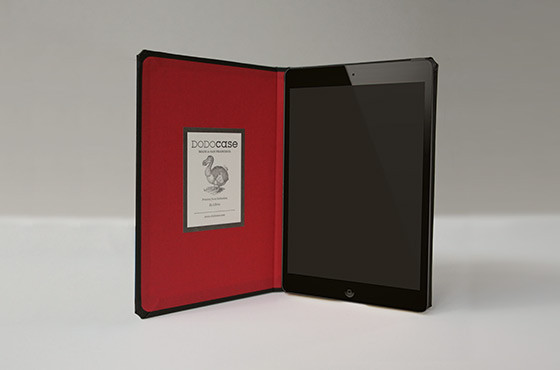 It’s hard to get used to the idea of sticking the case to an iPad mini. To install the case on the iPad mini, remove the two plastic strips that cover adhesive strips on the inside back cover, press firmly and it’s fastened in place. After removing the case from the iPad mini and reinstalling it, the case held on just as strong as the first time. We’ll see how well it does after a second removal and third application. At this point we’re not taking chances and leaving it in place.

Most DODOcase cases or cases from other manufacturers like Pad and Quill use a molded wooden frame that hugs the edges of the iPad. If a user drops the iPad in the case it will get more protection, but also feels bulkier. This is a trade-off potential buyers should consider, based on how much protection they feel like they need. 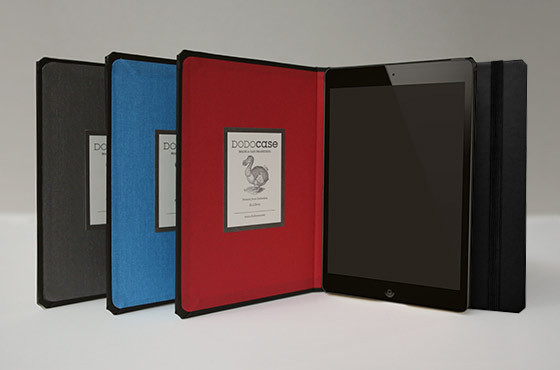 While we love the feel of the case and don’t want to remove the iPad mini from the case very often, people who do remove their iPad for whatever reason will hate this case. The HARDcover Classic stays put 100% of the time. The tape didn’t leave residue on the back of the iPad mini, but it was hard to pull off. So choose carefully. Pick from one of DODOcase’s other iPad mini cases if users plan to take the iPad out of its case often. 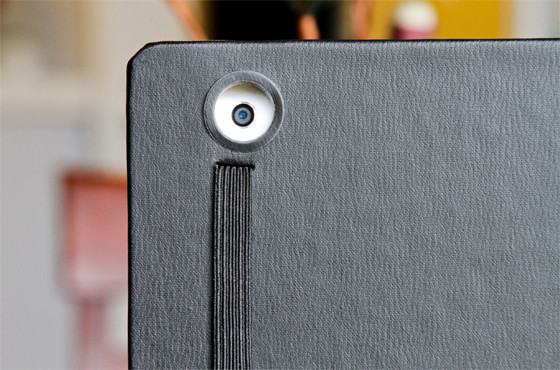 DODOcase HARDcover Case has a nice camera hole on the back of the case and the cover flap.

The case features a super slim hard book cover on the outside. The binding feels sturdy. The back cutout reveals the camera and since there’s no side molded frame, all buttons and ports work without being blocked. When closed, the iPad screen shuts off thanks to the magnetic sleep feature just like the iPad Smart Cover and Smart Case. 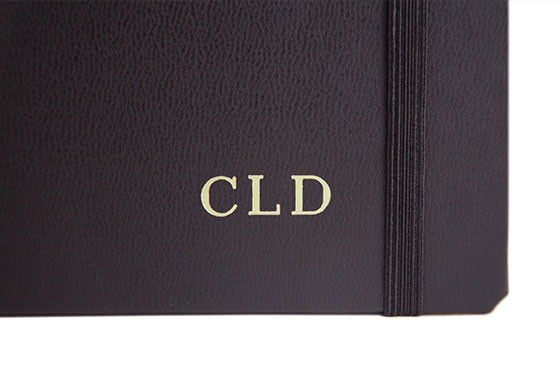 Personalization costs an extra $9.95 for the DODOcase HARDcover Classic

At only $34.95, this case feels like a good buy and well worth the cost. Users who want personalization can add it for $9.95, but the clean look of the black cover looks better. Also personalization of gadgets and accessories lowers their value should the owner ever wish to sell them, so it’s not recommended usually.

Some may not like the adhesive installation method preferring the molded frame and its extra protection. Also, few bookbindery cases work well as a dual case and stand. Owners can awkwardly do it by propping the cover folded back like an A-Frame, but it doesn’t hold up well.

Despite the shortcomings, the DODOcase HARDcover Classic for the iPad mini is worth buying.