I’ve maintained that since Apple introduced Coverflow into its OS that it was headed towards touch devices. Certainly on the iPhone and iPod Touch Coverflow gives you all sorts of touchy goodness. Then Apple crossed things up and integrated Touch into its trackpad and not on the screen. With the advent of the avalanche of Apple Tablet rumors, touch is obviously a key component to whatever success these vapor-like devices may experience in the market.

Now the folks at CultOfMac have uncovered some changes in Apple’s Snow Leopard release that might point ahead to (emphasis on might) the potential release of an Apple touch screen Tablet. The post on CultOfMac points to changes in Expose and the Dock as examples, but if there is an intent on Apple’s part here I think the revamped Virtual Keyboard is the real clue. In addition to taking his out from under the International Tab and placed under the Keyboard tab in preferences. More importantly it is re-sizable, so that you could indeed use it as a virtual keyboard on a touch screen.

Apple has been heading this way for some time. Maybe this points that things are getting closer. Maybe not. 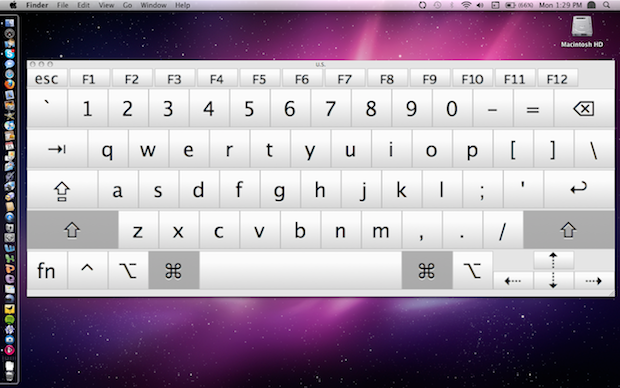