Does Your iPad 2 Backlight Bleed? 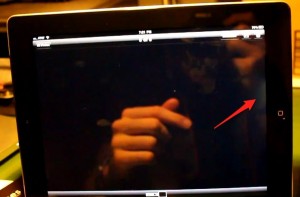 It looks like some early adopters of the iPad 2 have noticed that Apple’s second-generation tablet has two issues that are related to the display. The first issue is that on select units of the iPad 2, there are yellow spots underneath the display. Fortunately, though, this issue is non-major and will resolve itself in a few days. The issue was first discovered when Apple had initially launched the GSM editions of the iPhone 4 where AT&T users in the States had noticed the yellow smudges on the screen. That issue is said due to the bonding material used between the glass display and the LCD panel, and the yellow spots will go away after a few days when the bonding material evaporates.

The second issue is somewhat related to the first issue and appears to be a bit more significant on the serious scale. Unlike the self-resolving bonding material problem causing yellow spots to appear, select iPad 2 units have backlights that bleed through, meaning that there is a disproportionate amount of light showing through on some edges of the display around the bezel surrounding the LCD panel. The light bleeding is most noticeable when watching a movie with a dark background, and adjusting the screen brightness level seems to either make the issue better or a lot worse according to Engadget.