These padded skins not only protect the front and back of a phone, tablet or computer from scratching, and add grip so users can hold on to their phones better.

Domeskin also supports other very popular phones, tablets and even a few computers. The list of other phones and devices supported include the following:

Skins attach to the face and back of the phone or tablet as well as the lid cover or bottom of the laptop. Most skins offer a very thin layer of protection that might add some grip and protect mostly from scratches. Domeskins also add some padding for a little extra protection.

Check out my Domeskin review to see why i like this minimal iPhone protection. 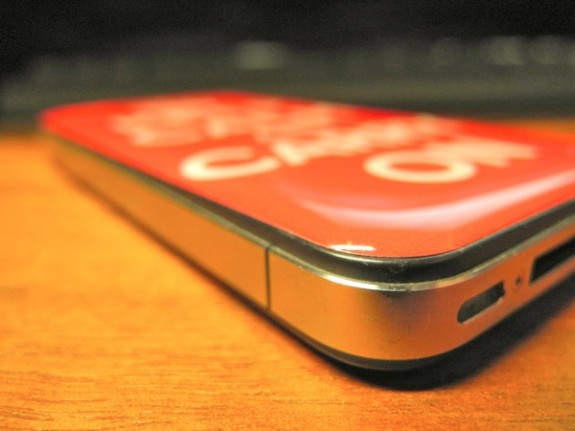 In addition to a Domeskin the user gets an image they can load on their device as a background. With the front skin and the background image on-screen the Domeskin system gives the impression that a phone has a cover over the front and back.

The various designs match a wide-ranging spectrum of tastes. At present users can’t upload their own image but they accept design ideas for graphic artists looking to further their reach.

The skins are reusable, but don’t plan to take it off and put it back on more than a couple of times. I couldn’t re-use my Domeskin after two uses.