It doesn’t matter how great Windows 8 could have been, there were always going to be a large number of users who didn’t like the operating system. They’d have held out on upgrading their machines to the last moment and searched  the internet looking for a copy of Windows 7 that they could install on their machine. Lately, I’ve noticed the same phenomenon happening with Windows 8 and Windows 8.1.

Due to how much it changed things, there’s always a lot of people asking for advice about Windows 8. More recently though the conversation has turned to how to avoid downloading Windows 8.1 entirely. It’s understandable, that some would want to stay where they are. After you’ve spent time learning one operating system, it makes sense that you’d like to avoid changing anything else if at all possible. Windows 8.1 is different from past Windows updates though. So different is it that I think it’s a horrible idea to avoid upgrading from Windows to Windows 8.1. 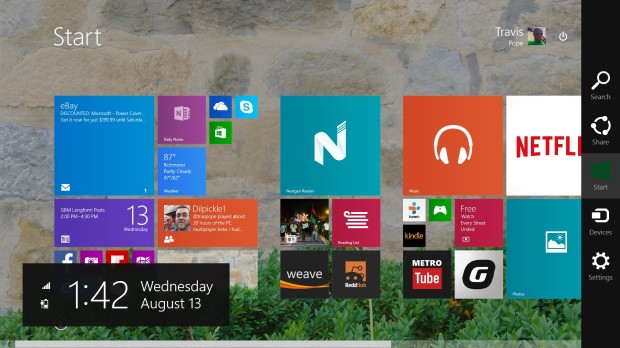 What Windows 8.1 is and What it Isn’t

Windows 8.1 is a free update that combines new features and all of the security updates that ever made it to Windows 8.

Typically, these things come in separate packages. After a new version of Windows is released, Microsoft makes security updates and feature fixes available through the Windows Update service. Over time the number of patches needed grows and users need an easy way to get them all. New security updates go out every month like clockwork, sometimes more than that if there’s a much-needed fix.

Separately from those updates provided through Windows Update are feature updates. These are what we think of as new versions of Windows. For example, Windows 7 was a big feature update for Windows Vista and so forth.

Windows 8.1 are both of these things rolled into one. If you’re one of those people who don’t like updates that add new features when you’re already comfortable with what you have, you could refuse to update Windows 8 to Windows 8.1, but you do so at your own peril because of the way Microsoft deploys updates. That’s because of its dual nature.

Windows 8.1 Has Features You Should Care About

Security updates are key. Even more important are the very real advantages users get in the Windows 8.1 update. Take it from someone who liked Windows 8, Windows 8.1 is much better than Windows 8 across the board. 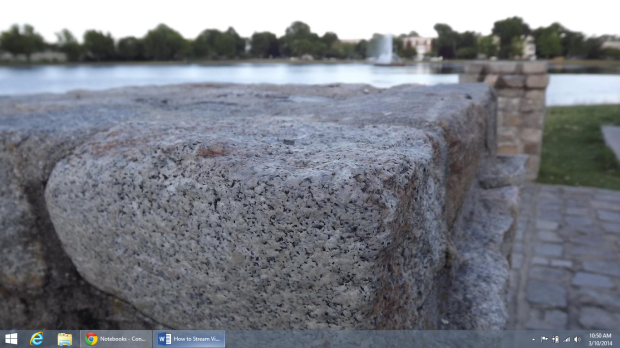 You can boot directly to the Desktop in Windows 8.1.

Almost every single Windows Store app saw a huge upgrade in Windows 8.1 as well. Xbox Music and Xbox Video aren’t amazing but are better than the versions that came in Windows 8. Bing Search is directly integrated into Windows 8.1. App updates are installed automatically. Files are now synced across devices from OneDrive.

Say you hate all of this though and you just want to get to your Desktop and get work done. Windows 8.1 makes that easier. Instead of requiring third-party utilities and other stuff, Windows 8.1 adds tons of options for getting the Start Screen, Charms Bar and most other things out of traditional user’s way. You can boot into Windows 8.1 and go directly to the Desktop. You can turn the Live Tiles in the Start Screen off and just get a list of installed apps.

All of this comes without the dangers that traditionally make upgrading Windows a hassle. Windows 8.1 is an update that builds on top of Windows 8. The installation is done through the Windows Store and any files saved on your device remain there. Backwards compatibility is a non-issue thanks to Windows 8.1 being built on the same core as Windows 8. There shouldn’t be a single issue with a Windows Store or Windows Desktop app not working correctly.

Windows updates are typically scary things. I understand that. Don’t try to not upgrade from Windows 8 to Windows 8.1. You need this free update. It’s a better version of Windows 8 without the risk that typically makes upgrading a pain.