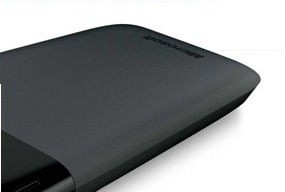 I wasn’t going to comment on this, but since it’s lighting up my feeds with all sorts of “multi-touch” and “tablet” guesses, we probably should open up a dialogue here on the mystery device being teased by Microsoft Hardware.

On Twitter, Microsoft Hardware tweeted this little tidbit along with a couple of partial pics (here in composite form via a commenter on Engadget):

Here’s a hint for you: “Don’t be so touchy…flat is where it’s at.” We’ll share another glimpse of our upcoming product with you tomorrow.

Now, I don’t know why, but general consensus seems to be that it’s some sort of touchpad. The hint about flat being “where it’s at” supports that, but they also said “Don’t be so touchy,” emphasis mine on “Don’t”. Unless MS Hardware is trying to throw us off the trail which they are enticing us to follow (or they suck at leaving hints), that seems to indicate it is not a touch-based device or at least that touch input is not its main feature. Also, that main area being shown is a bit long to be a touch-input surface. Adequate for gestures and swipes maybe, but trackpads are normally wide in order to be more proportional to standard displays. It also seems unlikely they’d give away the main input area in the first two photos (again, unless they suck at leaving hints).

Other guesses I’ve seen a lot is some sort of tablet, phone, or even the mythic Courier. Those guesses are even further off-base since Microsoft Hardware makes peripherals, such as keyboards, mice, webcams, and other input devices. The wildness of these guesses even prompted them to emphasize this focus in a recent tweet.

So with those facts in mind, what do you think it is? Some sort of peripheral to be sure, but what sort of peripheral? My guess, taking that “don’t be so touchy” hint to its furthest extreme, is that it’s a touchless input device like Kinect for XBox 360. That’s definitely not “touchy” as well as something Microsoft Hardware could deliver (though with fewer bells and whistles than Kinect), but nothing necessarily “flat” about it except as a physical feature. If you’ve got an idea that better fits the clues, let us know.